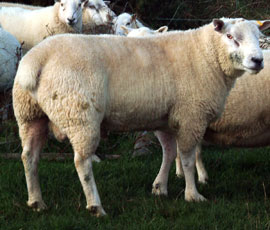 A £3,000 scholarship pot is up for grabs for people in the sheep industry.

The new scholarship fund has been created to give three people the chance to travel and learn more about sheep production across the world, according to British Texel Sheep Society chairman, Nick Tavernor.

“No matter where in the world you farm and what you farm, there is always something to be learnt from seeing what others are doing elsewhere.

“With ever-challenging sheep farming conditions in the UK, both in terms of changing climate, changing consumer habits and new legislation, there has never been a greater need to explore the farming systems of the rest of the world.”

Topics for study will be at the applicant’s discretion, but there are many areas of knowledge where sheep farmers in other countries have practical experience which could be of real value to the UK industry, added Mr Tavernor.

“It could be that an applicant chooses to examine the use of performance recording, improved grassland management, growing drought-tolerant crops or managing flocks under minimal intervention systems.

“Whatever subject they choose and wherever they chose to travel, I’m confident they’ll come away with a valuable insight, which will help shape the future direction of both their own enterprise and also the UK sheep industry.”

“In the run-up to the society’s 40th anniversary in 2014 we want to ensure the next generation of sheep farmers can be equally as influential as those early Texel innovators were back in the early 1970s.”

The 2012 Texel scholarships are open to anyone with an interest in sheep farming, with one specifically for applicants aged 16-18 and two open to applicants of any age. Applicants must be a member of the British Texel Sheep Society at the time of application.