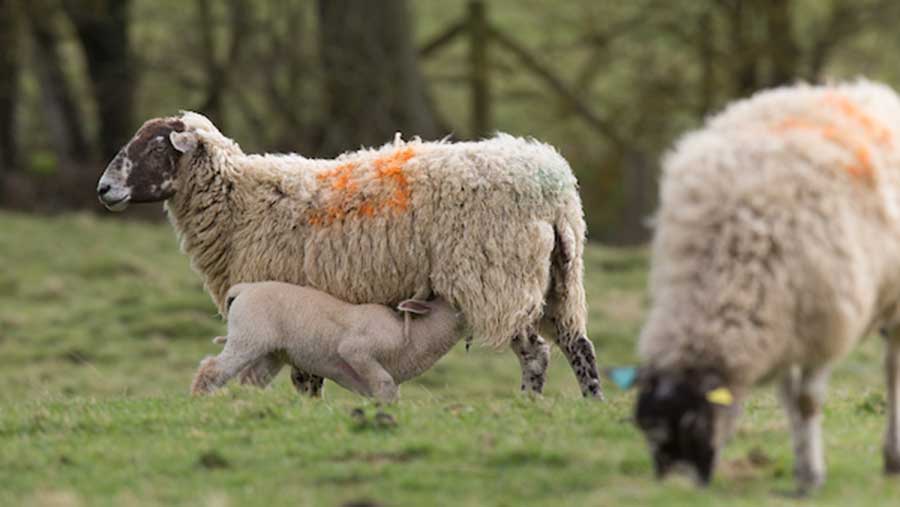 Scientists from the Moredun Research Institute have seen promising results from recent work looking at vaccination methods to prevent mastitis in sheep.

Riccardo Tassi, who led the research project, told delegates at the British Mastitis Conference on 15 November that intramammary vaccination against the Mannheimia haemolytica mastitis pathogen had shown full protection against the disease.

Mastitis affects both the sheepmeat and dairy industries. It can cause reduced milk quantity and quality, which causes reduced lamb growth and increased mortality and can lead to increased ewe mortality and premature culling because of udder function issues.

This research trial focused on the Mannheimia haemolytica pathogen, which is one of the most common causes of mastitis in sheep, alongside Staphylococcus aureus and Streptococcus uberis.

A group of 29 lactating mules, free of intramammary infection, were used for the experiment. They were weaned at one month into lactation and vaccinated after 24 hours with the vaccine Oviplast plus, usually used for the control of respiratory diseased in ewes and lambs.

They were split into three groups:

The animals were milked once a day for seven days before being challenged with the Mannheimia haemolytica pathogen.

For the week following the infection challenge, the percentage of bacteriologically positive mammary halves (udder half) were recorded. The key findings were:

The preliminary results suggest that vaccinating lactating ewes intramammarily could give effective protection.

There was an inflammatory response triggered in this group for the 24-72 hours after vaccination, so it is possible this played a part in preventing infection and this needs investigating.

Further research is needed into administration methods, the adjuvant used and whether this would induce an immune memory that would last long enough to prevent subsequent infection challenges.