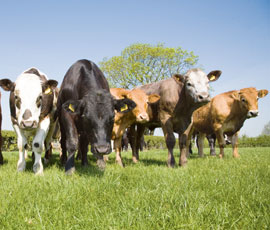 Scotland is to introduce a compulsory screening programme for bovine viral diarrhoea (BVD) in all breeding cattle herds in Scotland.

The bold move, introduced by the Scottish government after consultation with the industry, is the next step in the country’s drive to eradicate the highly infectious disease and follows close on the official TB free status now enjoyed by Scotland.

The Scottish Government’s rural affairs secretary Richard Lochhead announced that herds must have their first test by the end of November 2012 otherwise owners would only be able to sell cattle from infected herds if they were individually tested and free of BVD, or if they were going direct to slaughter.

“I know all farmers will want to ensure they get BVD out of their herd before December 2012 so that they can carry on their business as usual,” he said.

But NFU Scotland president Nigel Miller moved quickly to emphasise that the industry had not yet agreed on this next step in the eradication scheme.

He said: “There appears to be a disconnect between the Scottish Government’s announcement on the planned BVD eradication and what was agreed with the industry.

“We do perhaps want to focus on Permanently Infected animals next, but Scottish Government seems to have jumped several steps ahead to whole herd restrictions. The principles of the scheme are correct, but this needs to be a step-by-step process.”

The Scottish Government has worked closely with the cattle industry, as well as with vets and scientists, to develop the eradication scheme and already more than £160,000 has been provided to help 3,500 farmers carry out testing. Mr Lochhead said mandatory testing was now essential if everyone was to enjoy the benefits that eradication will bring.

Key features of the mandatory screening scheme include:

* Keepers of breeding cattle herds must ensure their herds are screened for BVD each year, with a first test carried out and recorded by the end of November 2012

* A range of testing methods will be available and samples can be taken by vets, milk recorder or farmers themselves, using official ear tags, which take tissue samples when applied

Detailed guidance about the screening process will be sent to farmers and vets in the autumn.