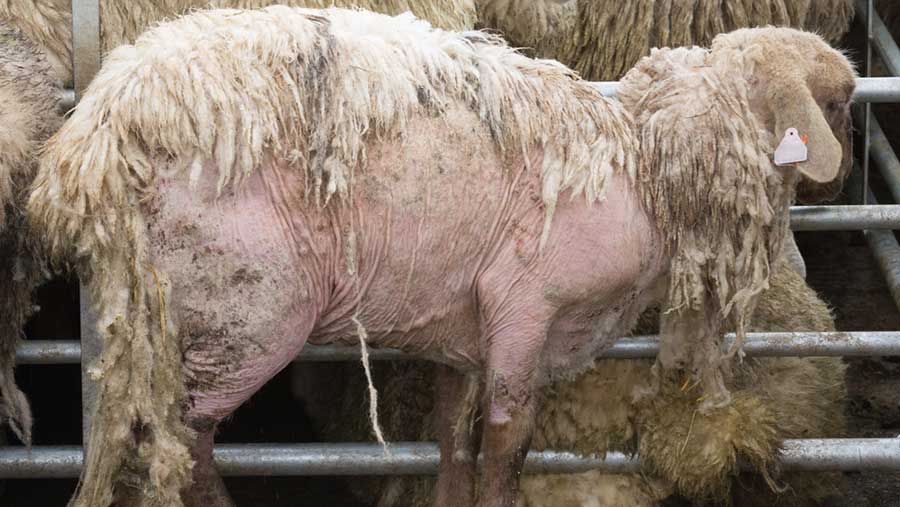 Sheep farmers are being urged to remain vigilant against sheep scab and report any suspicion of the disease.

The warning comes after newly released Scottish government figures and maps show there have been 565 cases in Scotland alone since 2010.

An animal health and welfare policy manager at NFUS said the outbreaks were “the tip of the iceberg”.

Penny Johnston, animal health and welfare policy manager with NFU Scotland, said while outbreaks of the disease have remained in the low 80s over the past few years, they remain fairly widespread with identifiable hotspots.

See also: How to control and treat sheep scab

She added: “Although these reports could represent some decline in the scale of the problem, it is likely they only represent to tip of the iceberg in terms of the ongoing problem.”

She urged keepers to remain vigilant to the disease and to continue to report wherever there is suspicion of scab.

“It is only by being open about the disease, facing up to its existence and treating problems that we will ever make progress towards eradication of this widespread problem for the industry.”

Sheep scab is one of the most contagious parasitic diseases in sheep and is considered to be endemic in Great Britain.

It is both a highly production limiting disease and a serious welfare problem, making tackling the disease a high priority for the Scottish sheep industry.

In December 2007, Scotland introduced the Sheep Scab (Scotland) Order 2010 making it a requirement to report on suspicion of the disease, instead of waiting for confirmation.

This order places reported flocks under restriction until there is evidence they have either effectively treated/culled affected animals, or sheep scab has been ruled out.