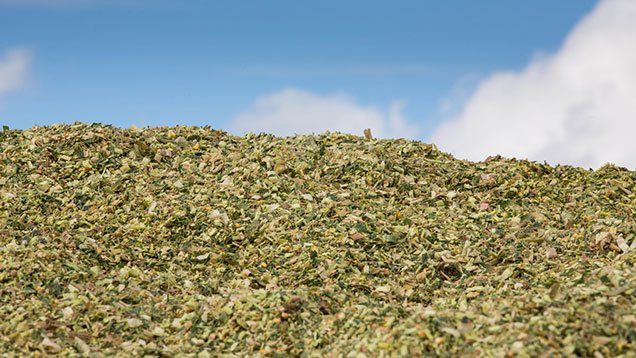 Two-thirds of maize growers could have achieved an average yield 10% higher last year by selecting premium varieties, according to a recent Kingshay survey.

“The value of this additional yield was £230/ha, compared with the average yield of the other varieties actually grown by those surveyed.

“For some growers the potential yield from a top variety could have been worth £400/ha more than the one they grew. That’s £8,000 worth of forage on a farm growing 20ha of maize

“The value of higher crop yields made premium seed from the top eight varieties well worth the extra money it cost.

“This is something maize growers should be taking into account as they select maize seed for this year.

“The value of higher crop yields made premium seed from the top eight varieties well worth the extra money it cost.”
Duncan Forbes, Kingshay

Although all costs need to be scrutinised with the lower milk price, choosing a poor performing variety could mean higher purchased feed costs next winter,” he adds.

The survey also shows that 38% of growers choose a variety on single criteria, either yield alone, early maturity alone or on the recommendation of a sales rep, while 62% used multiple criteria.

“The choice should be made using information on yield, crop quality and harvest date, with the importance of each varying according to the location, altitude, topography and soil type,” says Mr Forbes.

“It’s also important to consider varieties from more than one company and that the value of the resulting crop from a top variety could be many times the difference in seed cost from an average variety.”