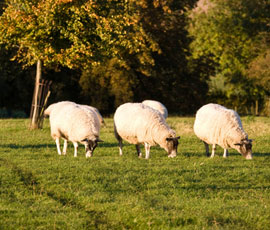 Sheep producers are being urged not to withhold using two new wormers available to control worms in their flock.

The orange group of wormers, released two years ago, and the dual active purple group, released this year, should be integrated alongside other wormers, according to expert Lesley Stubbings of Sustainable Control Of Parasites in Sheep (SCOPS).


Speaking at Sheep 2012 Ms Stubbings said: “It’s important producers know what their worm status is and what the resistance level is by doing a drench test. If we wait until the three older drenches all have resistance (white, yellow and clear) before using the purple and orange wormers then we will have lost access to some good wormers.

“Integrating the new products early could help slow down resistance in the other wormers and keep growth rates up. But it is important you know your resistance status and we must look after the new wormers,” she said.

And resistance doesn’t happen overnight, added Ms Stubbings. “We can go from a wormer working at optimum performance to acceptable performance to poor performance when resistance will then be obvious. “Using a drench test kit will detail whether any resistance is on your farm and how well the wormers are working. The information should be used as positive information.”