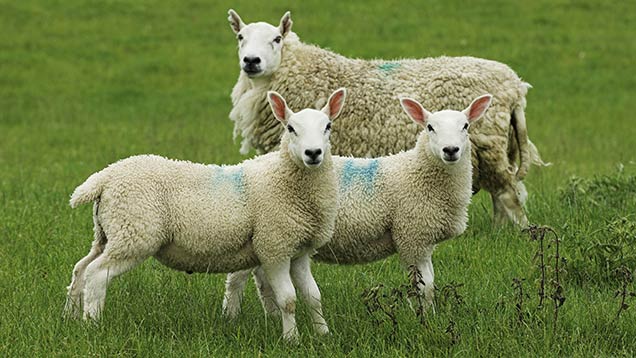 Sheep farmers in the UK plan to stop selling lamb for a week in August as part of a protest against low prices paid to producers.

The social media campaign, called #NoLambWeek, has been launched to create awareness among the public about the crash of farmers’ return on lamb.

Lamb prices are 30% down on last year and this month reached their lowest price for six years.

But while farmers’ share of the retail price has dropped from 60% last June to 50% this year, on the supermarket shelves the price has only dropped by 6%.

It is understood the idea for #NoLambWeek, which will run from 1-7 August, was started by a group of farmers who met at the Royal Welsh Show last week.

This anonymous statement has also been circulating on farming forums: “With the price of lamb daily we are trying to get UK sheep farmers to support #NoLambWeek. We hope no one will sell lambs the first week of August.


“We could block the roads with tractors but that just annoys the public. Or we could do nothing and complain. It’s up to you!!!

“So why not get together and show the public what the supermarkets are doing to the British farmer?”

“It is more of a statement than a protest,” he said. “I’m not going to be selling lambs that week. Supermarkets are selling lamb at £13/kg, but we are only getting £1.36/kg at market.

“How can we expect our young farmers to make a living when they are selling lamb at £44 a life?”

He added: “We are never going to be able to stop cheap imports from New Zealand, especially with the global economy. Russia is also not taking the sheep skins and the pound is strong, which is affecting us.

“But why are the supermarkets not promoting homegrown lamb and bringing the prices down? They are profiteering and the British farmer is losing out.”

Welsh sheep farmer Gareth Wyn Jones added: “Supermarkets are getting their lambs 30% cheaper than last year, but that price fall has not been reflected on their shelves.

“If they dropped the price of lamb, the volume would be passed on. It would be more affordable for consumers, who would buy more, which would help support sheep farmers in this country.”

@NoLambWeek to work it needs everyone on board, especially as prices will probably go up then! #goodluck #noLambWeek