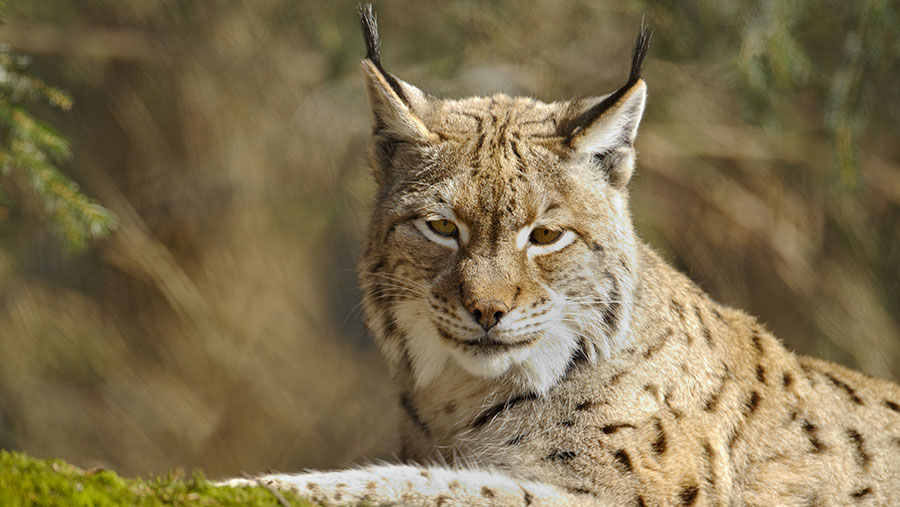 Sheep farmer concerns over plans to release six lynx into the Kilder Forest area in Northumberland have not been allayed by the announcement that any losses will be insured.

Lynx UK Trust has made an application to Natural England to reintroduce the lynx to Britain as part of a trial on the border between England and Scotland despite ongoing fears by the farming industry of the threat posed to livestock.

In an effort to address this, on Thursday (21 September) the trust announced an insurance agreement with Lloyds Syndicate ARK Speciality Programs has been put in place to insure the entire sheep population against lynx attacks if the trial goes ahead.

Paul O’Donoghue, chief scientific adviser for the trust, said he expected the compensation to be welcomed by farmers: “This will hopefully give them a great deal of confidence if the largest insurance market in the world is offering to cover any kind of attacks on livestock by lynx during a trial.

“The extensive cover provided by Lloyd’s of London is a massive game changer in our campaign to bring lynx back to the UK where they rightly belong.

“I honestly now find it very hard to see any reason why we shouldn’t get a license from Natural England.”

He added in creating an insurance-based compensation scheme the trust is clearly accepting the predatory risk posed to livestock, and offering compensation would not win farmers round.

“We have made huge gains in improving farm animal welfare here in the UK and no one can convince me that allowing them to be killed by a sharp-clawed and strong-jawed animal will be welcomed by farmers if a bit of compensation money is made available.”

While Lynx UK Trust accepts that individual lynx kill sheep, they argue attacks occur less than once a year where the two species co-exist and the impact in the UK would be negligible.

But only last month a farmer in Finland, where lynx have already been released, claimed that lynx had killed between 40-50 of his flock.

“Sheep farmers who do experience an attack on their flock may never see any carcass remains, and are unlikely to want to go through an insurance claims process where the first thing insurers will ask for is evidence,” he said.

“It is also important to point out this compensation agreement is only for the duration of a trial, there is no mention of whose responsibility it becomes thereafter.”

Mr Stocker also pointed out the insurance cover extends to other species beyond sheep.

“The compensation agreement reached also extends to ‘pets and humans’, losses of which would be difficult to put monetary value on for anyone put in that position,” he said.