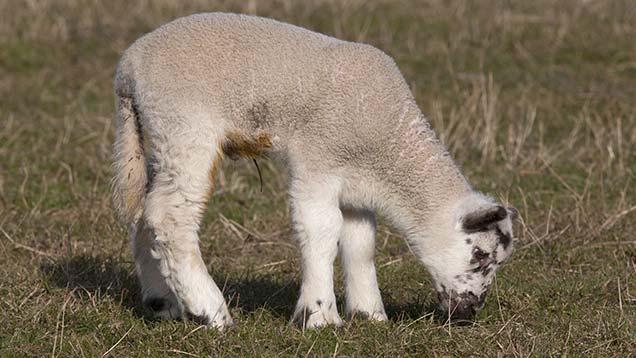 Sheep farmers are being warned to be vigilant against nematodirus disease after a red alert was issued for most parts of the UK.

Nadis’ monthly parasite forecast shows all areas of the UK except for the North East has entered a ‘red zone’ and are now at high risk from peak hatching of nematodirus eggs, caused by the warm weather and subsequent increase soil temperatures.

Nematodirus risk across the UK

“Lambs from the age of about six to 12 weeks – when they start eating a serious amount of grass – are now at risk if they are grazing pastures that have nematodirus eggs that were dropped last year.”

Those grazing pastures that carried lambs the previous spring should be considered for treatment now to prevent major disease outbreaks, he advises.

This is because it is the larval stage of the parasite that causes the disease once the eggs have hatched.

However, the risk for those on upland farms may lag behind lowland farms due to lower temperatures, so Mr Davies says it is important that farmers speak to their vet, who can advise on the most effective treatment and timing of treatments.

If necessary, treatment should be one of the white drenches, as there is little evidence of nematodirus resistance to these. It also avoids overuse of other products.

Mr Davies also warns farmers not to rely on faecal egg counts to diagnose this parasite, as by the time the adult egg-laying stage is reached, the damage will have already been done.

Main nematodirus risk factors according to Sustainable Control of Parasites in Sheep (Scops):