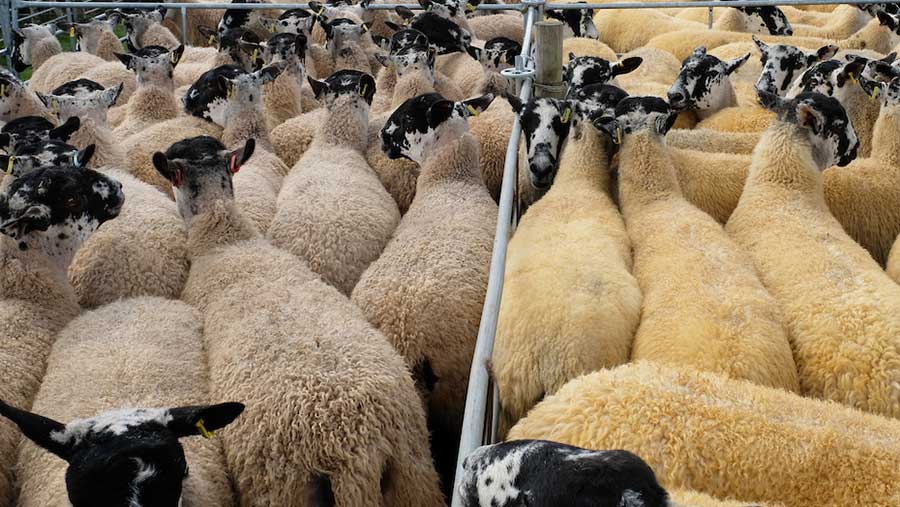 The sheep industry is burying it’s head in the sand over Johne’s disease and needs to pull together to better monitor and prevent the disease, believes vet Hannah Kenway of Cedar Farm Vets.

In the past 18 months, Mrs Kenway has been encouraging more of her clients  on the Isle of Wight to test for Johne’s and has so far identified the disease on all three sheep farms that have signed up to a monitoring programme.

“We have come up with Johne’s in all of them, which is a good indication that it’s likely to be widespread in the UK flock,” she says.

See also: Case study: How to detect and control Johne’s in sheep

Clinical Johne’s manifests itself as thin, older ewes that often end up on the cull list, while subclinical disease causes suboptimal performance.

The fact clinical disease causes thin ewes means many farmers could be blaming other issues, such as fluke.

It is also likely that Johne’s could be “hiding behind” other diseases such as maedi visna (MV) that cause similar clinical symptoms.

However, whereas MV testing may be widely accepted, Johne’s monitoring remains a rarity.

With the disease being transmitted to sheep at birth, prevention largely lies in the hands of the breeders. As such, Mrs Kenway is pushing for better communication between buyers and sellers.

“Those producers [breeders] have a responsibility to put in measures to reduce disease risk because with Johne’s and MV, the people who get hit by it are the people who buy in apparently healthy young sheep,” she says.

Mrs Kenway also believes buyers should be feeding back test results to breeders so they can put in measures to prevent disease. She adds: “It’s a responsibility the whole industry should take.”

However, at the moment it is difficult to source from tested flocks, she says.