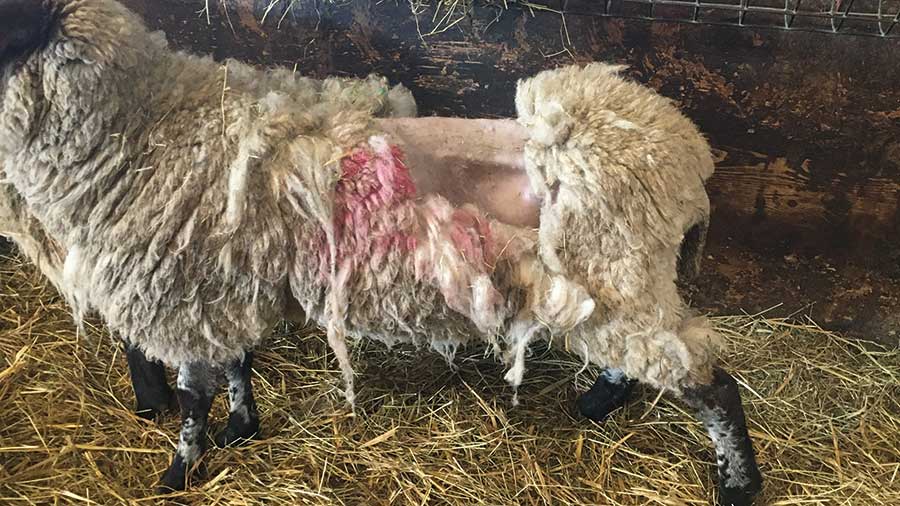 Sheep scab is a major threat to the sheep industry, impacting on growth rates and causing serious welfare implications.

Its prevalence has increased in the past 20 years following its declassification as a notifiable disease in England and Wales in the 1990s (although it has been notifiable since 2010 in Scotland).

It is a legal requirement to treat infected and in-contact animals, which are then unable to be moved or sold until their withdrawal period is up.

Most sheep farmers will have experienced sheep scab within their flock, especially in areas of high sheep density. It is caused by the mite Psoroptes ovis.

The mites thrive on fully fleeced animals, and itching is usually seen at housing in the autumn and winter. However, we are now regularly diagnosing scab in late summer as well.

Adult mites live on the surface of the skin, where their faeces cause intense allergic reactions. This often happens 40-50 days after infection as the mite population builds up.

Before considering treatments, it is important to get a diagnosis, as other parasites can cause similar problems, but need different action.

Sheep scab is spread by contact with live mites, so understanding their ability to live both on and off the host allows the selection of appropriate control and treatment options.

The mites can live off sheep for up to 17 days on wood and wool, often on barbed wire and fence posts used as scratching areas.

These provide a common transmission pathway between flocks, alongside close contact between sheep.

Other common methods of transmission include contact at the market, mites on livestock trailers, shearing equipment and trailers – and even on contaminated clothing.

There are several ways to diagnose sheep scab. The most common is a skin scrape, with mites detected under microscopy or by potassium hydroxide (KOH) digest.

A positive result to either of these tests confirms a current infestation and all in-contact sheep should be treated.

Normally you don’t see signs until 40-50 days after infection, which is when the scrape is useful. You can’t do it before any lesions are present as you don’t know where to look for the mites.

A quicker diagnosis can be given with an enzyme-linked immunosorbent assay, or Elisa, blood test.

This can be used to detect antibodies to the scab mite much earlier than mites can be detected in skin scrapes (two weeks after infection).

However, antibodies can be detected within the blood for several months, even after effective treatment.

Caution should therefore be taken in the analysis of results post-treatment because a positive result during this period is not necessarily indicative of a current infection.

As well as early disease detection, an Elisa test can also be used in quarantine protocols for new stock, before any clinical signs may be seen, to prevent disease introduction.

The two mainstays of scab treatment are plunge-dipping with the organophosphate diazinon, and macrocyclic lactone (ML) injections.

It is important to remember that, when treating with organophosphates, plunge-dipping is the only method that should be used, and it should only be carried out by certified persons.

See teh HSE information sheet on Advice for farmers and others involved in dipping sheep (PDF).

Dipping kills mites within 24 hours and gives several weeks of residual action, so sheep can be returned to the same infected pasture. It also controls lice, blowfly and ticks, and gets rid of mite faeces from the sheep’s skin, removing the cause of the allergic reaction.

Treatment with ML injections can be done with several different products. These vary in the number of injections needed and the degree of persistency provided.

Only injectables should be used, as other preparations of the same active ingredients are ineffective for scab mites.

MLs with persistent action (for example, moxidectin 2%) allow sheep to be returned to the same infected paddock.

However, if no persistency is present in the medication chosen, new pasture or housing should be provided to prevent reinfection.

As MLs are also anthelmintics, it is important to remember their impact on the sheep’s worm burdens when using to treat for mites. Increased exposure of the worm population to MLs increases the development of resistance, especially if used often or incorrectly.

There has been proven resistance to MLs in mite and worm populations across the UK, so it is essential to follow correct treatment regimes to reduce the risk of resistance developing.

As with anthelmintics, it is important to treat sheep correctly, dose to the heaviest animal, select the correct products and ensure correct administration, as stipulated in the datasheet.

Each month, we bring practical independent advice from an XLVets practice on a range of different subjects. 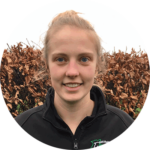 Miranda Timmerman BVSc MSc MRCVS is a vet at independently-owned Protstock Vets. She graduated in 2017 from Bristol and worked in a mixed practice before moving to Prostock. Her main interests are her dairy and sheep work. Outside of work she enjoys surfing and sailing and keeping a few chickens.