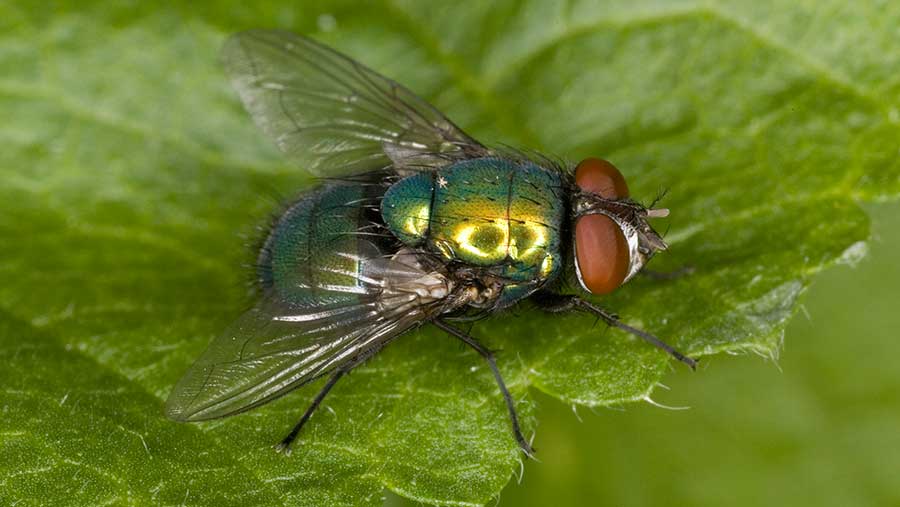 Cases of blowfly strike have spread west from West Sussex and as far north as Conwy, North Wales, since early May.

Six weeks since the year’s first confirmed cases on two farms in West Sussex on 6 May, blowfly strike has been reported in 17 counties across England and Wales, according to Elanco Animal Health’s Blowfly Strike Tracker.

In its Strike First report, Elanco Animal Health says regional differences in climate, weather and topography mean blowfly strike will hit at different times and in with varying degrees.

“Your location in the UK will mean the difference between getting strike in early April or late May. What we are looking for is the soil temperature rising above 9C, which is a good indicator of blowfly strike risk,” says Matt Colston, technical consultant at Elanco Animal Health.

In the report, it reiterates its call to farmers to take preventative action to tackle blowfly strike before it hits to avoid losses of up to £500.

“One of the worst mistakes a sheep farmer can make is to underestimate the huge cost of loss of production due to diseases compared with the smaller cost of preventing it in the first place,” says Dr Fiona Lovatt, one of five sheep health experts consulted by Elanco.

“Saving a few pounds on the cost of preventative measures will inevitably cost more in the long run.”

Blowfly strike costs the sheep industry £2.2m/year, according to 2015 figures cited by Elanco.

It claims 99% of sheep producers have suffered financially as a result of blowfly strike, with more than one-fifth incurring annual losses in excess of £500.

According to the report, there are three main financial implications of blowfly strike:

In addition, the estimated labour cost of handling each stricken animal is £10 and the cost of treatment 50p an animal, it says.

See also: How to prevent and treat blowfly strike in sheep

“Many farmers will wait and treat later due to perceived savings in treatment cost, but this is a false economy, as the duration of efficacy for some products is so long anyway,” says Dr Lovatt.

“Treating earlier in the year means a smaller lamb and a potentially smaller dose, which is a genuine saving.”