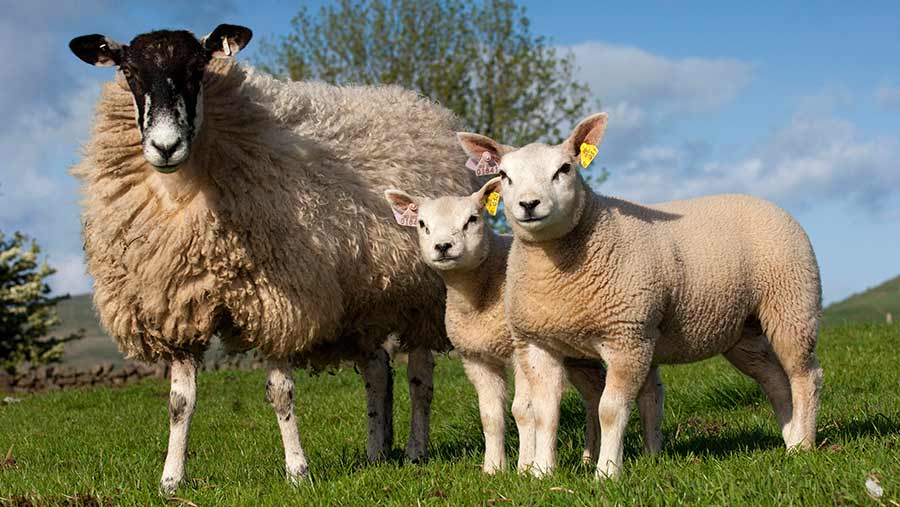 Two Welsh pedigree sheep breeders are accelerating flock improvement and achieving high sale prices by flushing embryos from their best female lines to produce multiple lambs from a single ewe in one season.

Tomos Evans first used embryo transfer (ET) technology in his Texel flock in 2001, when the foot-and-mouth crisis prevented him from buying females.

For Rhys Cooke, it was a desire to use only his best female lines to produce replacements for his Blue Texel flock that first encouraged him to first flush ewes four years ago.

The policy has paid off for both breeders. Not only are they reaping the financial rewards from sales of the offspring, but the embryo-flushed rams are passing on the best traits to their commercial flocks.

Mr Evans runs a flock of 50 Texel ewes at Coedhirion Farm, near Llanddarog, Carmarthenshire, flushing embryos from his best females to implant in recipient ewes. He also has 25 pedigree Charollais ewes and 50 commercial ewes.

In the first year just one ewe was flushed and she produced eight embryos which resulted in six live lambs.

This year he has flushed 12 ewes – six in August and a further six in September, producing 110 embryos. Flushing allows the opportunity for eggs to be harvested from the same female more than once a year.

“We had a lot of embryos from the August flush – one ewe produced 31 – so we froze some of these and sold the frozen embryos,” Mr Evans explains.

On day zero, sponges are placed in ewes and these are changed at day seven.

The sponges are removed at day 12 and the ewes are given hormone injections over four days to provoke superovulation. The ewes are then artificially inseminated and flushed by a vet six days later.

The ET and AI programme costs Mr Evans £440 a ewe or £235 if he flushes and freezes the embryos. 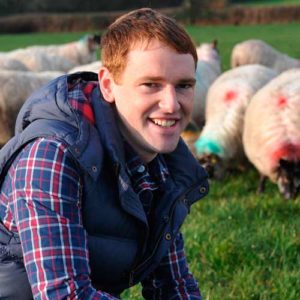 Attention must be paid to the condition of the ewes at breeding. “The ewes mustn’t be too fat; they must be in their working clothes. For a Texel she would need to be at condition score 3.5,” says Mr Evans.

He always allows the flushed ewe to produce a lamb naturally too.

“Some breeders choose not to do that and to keep these ewes specifically for producing embryos, but we find they put on too much condition because they are not working. Ewes are meant to have a lamb,” Mr Evans says.

“Once they have been flushed, they repeat after 10-11 days, but we let them miss that cycle and then put them to the ram at the next cycle.”

Aside from consistently averaging between 1,500 and 2,000gns for the offspring, he has had some notable successes, including the sale of a yearling ewe at the National Texel Show for 7,000gns.

He has calculated that the mother of this yearling has contributed £17,000 to the flock from progeny sold.

He suggests that ET is also a means of recouping investment in an expensive ewe. “Embryo transfer is a means of allowing her to pay her way.”

“When you have one or two ewes really consistently breeding for you, you get genetic improvement more quickly. Rather than waiting for those ewes to produce an average of 1.5 lambs a year there is the opportunity to have 10.”

Mr Evans also sells some of the recipient ewes implanted with the embryos for between £660 and £800 each. “We don’t sell many because they are our best lines, but it is a means of paying for the cost of getting the job done.”

As the flock progresses, he will flush fewer ewes. “When I have got the ewes that I want in the flock we can work away with what we have.”

For Rhys Cooke, his first experience with embryo flushing was unsuccessful, but he persevered. In that first year he flushed a ewe purchased for a premium price at a sale in Carlisle.

She only produced two embryos and only one of these held. The lamb from the surviving embryo died at birth.

“I swore I was never going to do it again, but I had another go and here we are, four years later, and the programme is working really well,” says Mr Cooke, who farms with his parents, Adrian and Valerie, at Nantyderi Farm, Llantilio Crossenny, near Abergavenny.

“The best flush was when we got 14 embryos from three ewes. They all held and produced 13 live lambs.”

He used embryo transfer technology in the same year that he established the Blue Texel flock. He had set up the flock to pursue his interest in livestock showing after bovine TB forced him to abandon competing with his British Blue cattle.

The main reason for using embryo transfer is to produce the best progeny from the best female lines he has invested in.

He has gradually increased the number of ewes flushed, to five this year. This flush produced 39 embryos and 25 of these held with the first lambs expected on 14 February. He only flushes proven ewes, not yearlings.

The cost of his programme varies – £445 if a ewe produces seven or more embryos and £250 for three or less, excluding the cost of sponges and drugs.

Although multiple factors can influence the outcome, Mr Cooke truly believes luck plays a part. “A lot of breeders have different methods that they swear by but I think a lot of it is luck.”

If ewes are over-conditioned, they will not perform as well. “The two that didn’t flush any embryos this year were two that I used for showing so they were in show condition. The ewe that flushed 20 embryos was the leanest.”

Mr Cooke’s plan is to keep the pedigree flock small, to maintain it under 20 ewes, and produce exceptional animals. He mostly retains the ewe lambs and sells the rams.

He has also had success in the showring. Mr Cooke won the breed championship at both the Three Counties and Royal Welsh Shows and is commanding good prices for progeny, mostly between 1,050 and 2,000 guineas.

He sells the progeny at society sales, at pedigree sales in Worcester, Carlisle and Builth Wells, and privately.

Mr Cooke says the only drawback of embryo transfer, aside from the obvious disadvantage of a ewe failing to produce embryos, is the cost. But he says he can quickly recoup this.

One of his embryo-bred lambs was sold at seven months for 3,800 guineas in September.

“As long as you get one really good lamb that is going to make 2,000 guineas it will pay for the flushing,” he says.