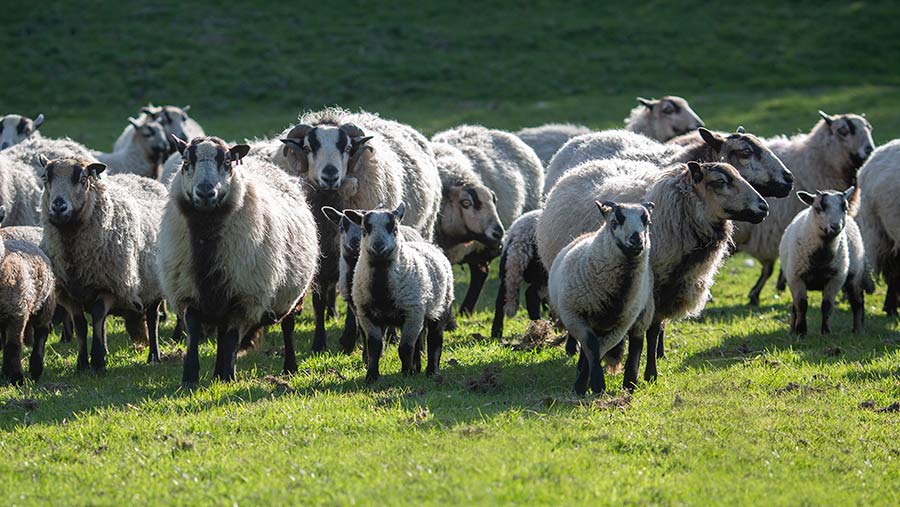 More than three-quarters of sheep farmers who responded to a survey about enzootic abortion of ewes (EAE) saw abortions in their flocks during the 2018-19 and 2019-20 lambing seasons. But nearly half of those who experienced the disease during the 2019-20 season did not ask their vet to investigate the cause.

The aim of the survey, commissioned by Ceva Animal Health and supported by the National Sheep Association, was to learn more about farmers’ experiences of EAE, and disease patterns in their flocks, to help improve approaches to managing the condition.

EAE is estimated to cost the UK sheep industry up to £20 million a year in lamb losses.

The survey generated responses from 322 farmers, 83% of whom own a flock of more than 100 ewes. Of those farmers experiencing abortions during the 2019-20 lambing season, a quarter said the problem occurred in more than 2% of their flock.

Investigation by a vet is recommended if 2% or more of a total flock have aborted, or if two or more ewes have aborted over two to three days, irrespective of the size of the flock. But 44% of farmers who experienced EAE during the 2019-20 did not ask their vet to find out why.

Ceva Animal Health’s ruminant veterinary adviser, Katherine Timms, who analysed the results of the survey, said: “Farmers who decide not to investigate why their ewes are aborting may well experience an abortion storm during the following year’s lambing season, as Chlamydia abortus – the bacteria that causes EAE – has the ability to lay latent in ewes until the next pregnancy.”

“This means that one infected sheep shedding at lambing has the potential to infect multiple ewes that will almost certainly abort at their next lambing.”

Almost half of the farmers surveyed did not vaccinate for EAE in the run up to 2019-20 lambing. Reasons given for not vaccinating included farmers believing they had closed flocks (59%) and EAE not having been diagnosed (57%). A fifth decided not to vaccinate because of cost, and a quarter did not think it was worthwhile.

“It is most appropriate to consider vaccinating a flock well before it is diagnosed – as by the time it is in a flock, considerable damage has already occurred. The risks of buying in ewes are much less scary if the flock is already EAE-vaccinated,” she said.

“Key to controlling abortion is to isolate aborting ewes from the rest of the flock,” added Dr Lovatt. “Ideally, bought-in ewes should be lambed separately in their first year. It is also very important to get a diagnosis from any abortion to ensure appropriate action can be taken.”

She said vaccination was inexpensive and could pay for itself several times over in flocks buying in sheep.

Vaccination can be done any time from five months of age until four weeks prior to tupping, as long as the ewe is not in lamb.