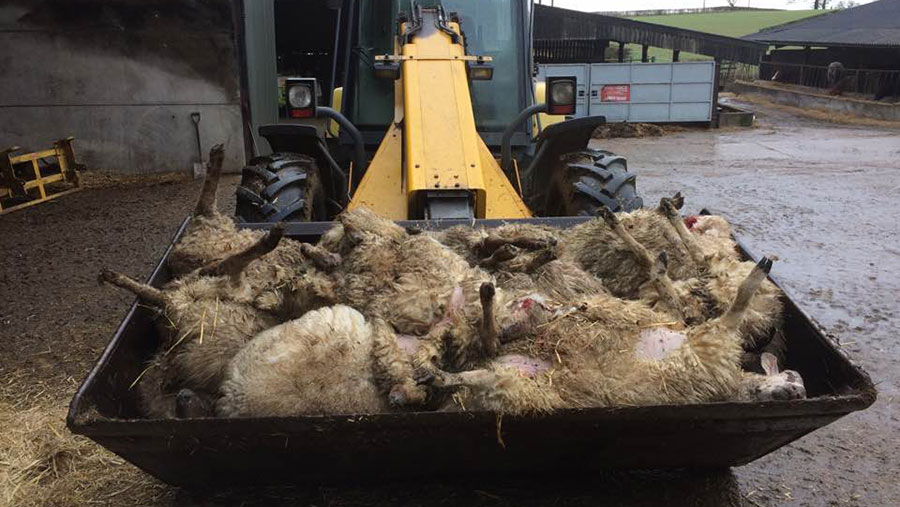 A dog attack has led to the death of 30 fat lambs at a farm in Leicestershire.

Sheep farmer Robert Gilbert, who believes the attack took place late on 5 January or early the next morning,  was only aware of the incident when he looked out his window and saw the dead animals.

Mr Gilbert, 48, said: “The fat lambs were waiting to go to market. It was a horrible sight. There were 23 dead that morning and since then seven have died from stress. It will be more than one dog to have gathered them together like that.

“We had an incident a couple of years ago with a dog, but I didn’t lose any sheep, and it was dealt with. A public footpath runs through my farm from the village and a lot of dog walkers use it.”

Mr Gilbert has spoken with his MP, the Conservative’s Neil O’Brien, about the incident and the pair are due to meet soon to continue their discussion.

Alison Pratt, NFU Midlands spokesman, called the attack a “horrible shock”. She said: “He’s lambed them and he knows their mums and their bloodlines, and they are his livelihood.

“Sadly attacks like these are on the increase. I don’t think it’s just being reported more, it is actually happening more and bigger numbers of sheep are being affected.”

In an NFU Mutual report released last year, it was revealed dog attacks on livestock had reached record levels, with more than 1,000 reports of sheep and cattle worrying on farms in 2016, at an estimated cost of £1.4m.

‘Police will always look to prosecute’

A Leicestershire Police spokesman said: “We would like to remind dog owners to make sure their pets are kept on a lead during walks across farmland.

“Anyone using public footpath across farmland is advised to adhere to the countryside code, ensure that dogs are kept on a lead in fields where livestock is present and gates are closed behind them.

“Leicestershire Police will always look to prosecute in incidents where dogs and their owners can be identified.”