A Suffolk farmer has published graphic photographs of headless and disembowelled lambs to raise awareness of the growing problem of dog attacks on livestock.

Katie Mitcham-Henry, who farms at Heath Farm, Hessett, Suffolk, with her business colleague Mike Phillips, said the attack had been a “massacre” and she wanted to show dog owners the damage their pets could inflict.

“We need to get the message across about the effect of dog attacks,” she said.

“I’m getting messages on Facebook saying ‘a dog can’t do that’, but yes, it can. We’re pushing this as hard as we can to get the message across to people.”

Mrs Mitcham-Henry said her business partner was called to the incident on Saturday (4 February) after a witness saw the dog attacking four-week old lambs in the field.

By the time he arrived, the dog had already bitten the head off one lamb and had dragged several others into a neighbouring field. 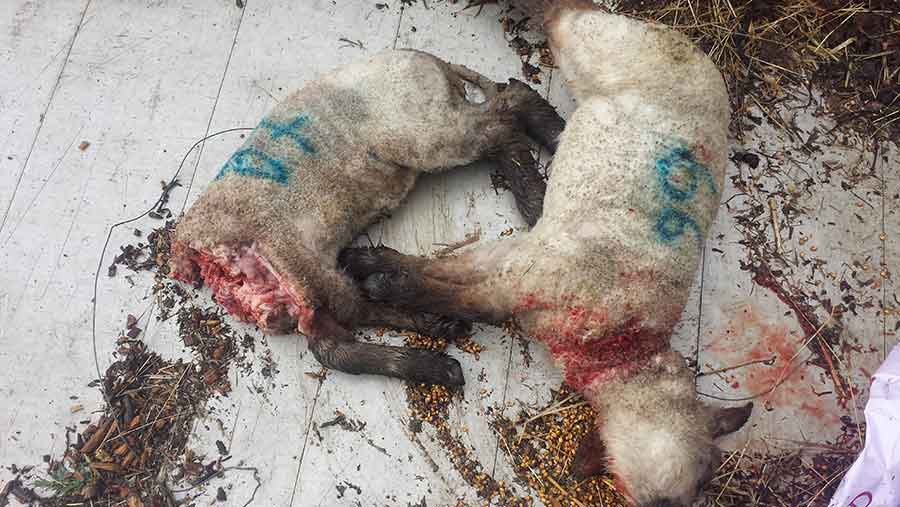 “The scene was gruesome,” said Mrs Mitcham-Henry. “They had been massacred and the dog was in full kill mode.”

Mr Phillips called the police, who arrived within 10 minutes and so were able to witness the rest of the attack, she said. They are currently investigating the crime.

“I don’t want to stop anyone walking in the countryside,” said Mrs Mitcham Henry. “But people need to understand just what their dog can do.

“I have lost a year’s work and bloodlines that I won’t get back.

“We want people who have dogs to know that they should be complying with the Countryside Code of Conduct, which requires a dog to be kept under close control.

“You should treat every field as if it has livestock.”