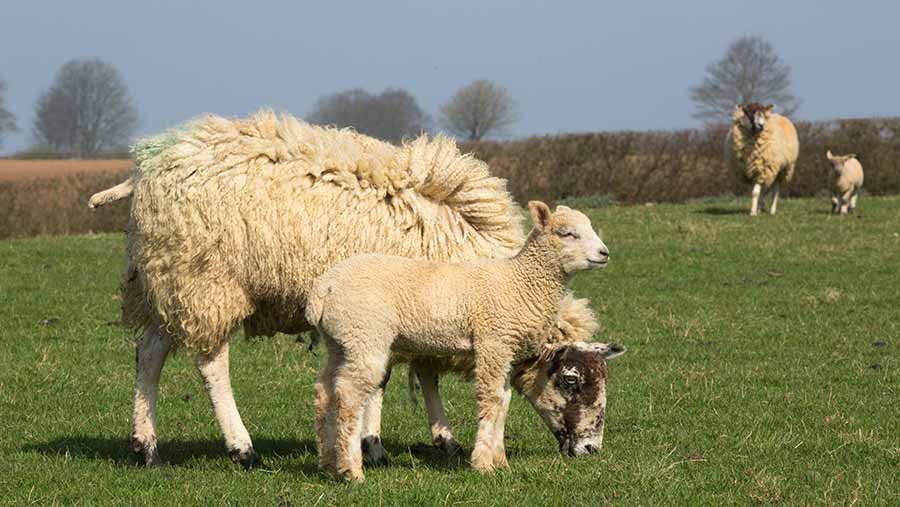 Farms in western Scotland and South Wales are at high risk of acute fluke infection this month, according to the latest Nadis parasite forecast.

“The weather conditions seen over the past few months are likely to lead to increased numbers of worm larvae on pasture and increased risk of parasitic gastroenteritis.

A new, local fluke forecasting tool has also been developed.

Forecasts for acute fluke using this system predict that areas of Scotland and North Wales are at high risk of acute fluke this year. The prediction is based on weather data from August through to October as well as May and June this year and it estimates the potential for the winter infection of snails. When this occurs it can lead to an earlier appearance of fluke infection.

Prof Taylor warns it is likely that sheep will need to be treated during October on farms in these high-risk regions, especially where there is a history of the disease.

However, farmers are being advised to seek advice from vets and suitably qualified persons if triclabendazole resistance is likely.

“Later fluke treatments should aim to use products containing either closantel or nitroxynil, especially where triclabendazole resistance has either been confirmed or is suspected on farms,” says Prof Taylor.

The larvae challenge means PGE is likely to be a problem on contaminated grazing in many areas, too.

Farmers are being urged to monitor liveweight gains or worm egg counts to determine the need for treatment as heavy infestations of round worms can cause black scour and rapid weight loss.