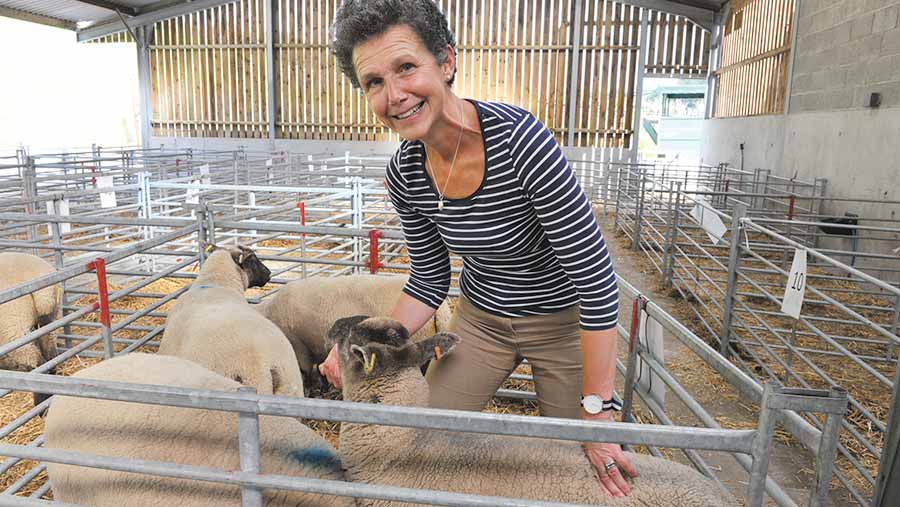 With the tupping season getting closer, it is important both ewes and tups are prepared in advance to prevent disappointing results.

Farmers should carry out a ram MOT 10 weeks before tupping to ensure rams are in optimum health.

This will have a major influence on scanning percentages, according to independent sheep consultant Kate Phillips.

Speaking at a recent Farming Connect event, Mrs Phillips said that 10 weeks allowed sufficient time for issues to be dealt with.

“Rams need to be in good working order when the time comes to turn them in with the ewes, so the planning needs to start a lot earlier than is common practice on some farms,” she told farmers attending the event at Innovis, near Aberystwyth.

See also: How to check ram health in the run-up to tupping

With the best outcome at lambing reliant on peak sperm production – it takes around seven weeks for sperm to be produced – testicles should be checked for size, tone and for lumps.

“Testicles should have the same feel as a firm bicep,” Mrs Phillips explained.  “Check between the scrotum for lumps and bumps, this area should be flexible.”

Rams should be sound on all four feet and teeth should be checked for abnormalities and abscesses that may be present around the molars.

Any rams with any condition that could raise body temperature, such as foot-rot infection, should be treated well in advance of breeding – otherwise sperm production could be compromised.

The aim is for rams to have a body condition score of 3.5-4.0 at the start of tupping.

Replacement rams should be on farm at least a month before mating to allow time for biosecurity treatments and a four-week quarantine period, and to allow them to settle into their new environment.

Ewes should also be assessed 10 weeks before mating, with the target of at least 90% of the flock hitting BCS targets at mating – for lowland ewes that’s a condition score of 3.5, 3 in upland ewes and 2.5 for hill breeds.

Farmers should physically feel ewes for condition and not rely on a visual assessment. This can be done by handling them in the lumbar region, immediately behind the last rib.

The amount of eye muscle and degree of fat cover over the spinous and transverse processes should be assessed too, added Mrs Phillips.

It takes six to eight weeks to lift fat cover by one condition score so early intervention is key.

“If you have a ewe at body condition score 2 and need to increase that to 3.5 it means she needs to put on 13kg. That’s an additional 10 megajoules (MJ) above maintenance requirements a day for 10 weeks, which is almost the same as a pre-lambing diet,” said Mrs Phillips.

Ovulation and conception rates are severely affected by poor condition as ewes need body reserves to see them through pregnancy. Fat ewes can also experience poorer conception rates as well as lambing difficulties and twin-lamb disease.

At 6p/kg DM, grass is four times cheaper than concentrates at current prices so the aim should be to achieve weight gain through grazing. “Thin ewes eat a lot of feed so it does mean that the grazing has to be planned well,” said Mrs Phillips.

She recommends splitting the flock into three groups – thin, fit and fat – with the thin ewes getting the best grazing and plenty of it. “If ewes are fat, try to lose half a condition score by limiting grass or offering poor-quality grazing.”

“If you have a number of thin ewes, ask your vet to check them over,” Mrs Phillips suggested. “There has been some good grass growth this season, which means there are some fit ewes around so it is more unusual to see thin ewes resulting from insufficient grazing.”

To achieve the best level of nutrition at this important time, attention must be given to achieving good soil nutrition.

Grassland expert Charlie Morgan said it was important to invest in soil testing before investing in crops.

And when new land is acquired a purpose should be planned for each area, with the highest investment in the areas that will yield the best returns. “Invest wisely in those areas,” Mr Morgan advised.