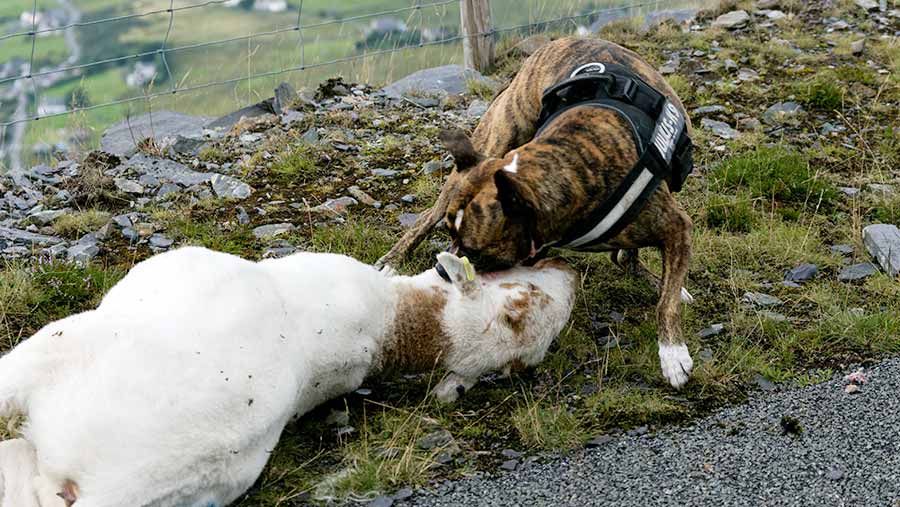 A farmer from Wales has used social media to share a graphic photograph of a dog in the process of attacking an animal, in a bid to raise awareness of the problem of sheep worrying among dog owners.

Fiona Davies, who farms at Llanberis at the base of Snowdon, said sheep worrying had become a big problem over the past two to three years – at the moment she was seeing at least one sheep attacked every weekend.

Mrs Davies said the picture was taken by a member of the public on Friday (5 August) and passed on to her with permission for it to be published on Twitter.

The sheep is thought to be owned by a neighbouring farmer, but the dog in question is known to her as it has previously attacked one of her own sheep.

“I wanted to raise awareness of what a big problem dog attacks are. It has always been an issue, but over the past two years it has got really bad,” she said. 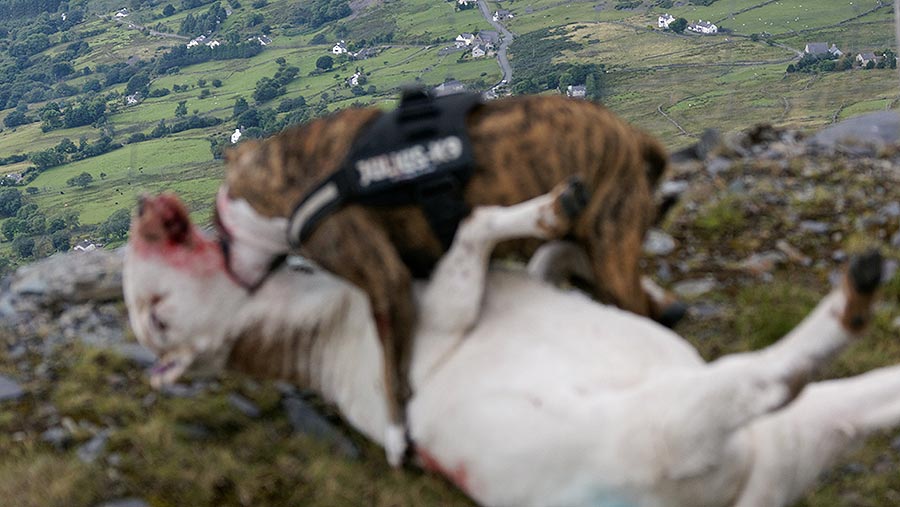 Mrs Davies, who runs a camp site from her farm, said the picture had been viewed more than 10,000 times since she had published it, along with the message that anyone who loves their dog should look after them so they don’t cause such damage.

The attitude of some dog walkers was shocking, she said. “When you tell 90% of people their dog should be on a lead they say fine. But 10% get very mouthy, with some questioning why the sheep are loose and not housed.”

Farmers Weekly has also spoken to the member of the public who took the photograph and passed it to Mrs Davies.

He had been taking pictures of the scenery when the Staffordshire terrier-type dog appeared and started to attack the sheep.

He initially tried to intervene to stop the attack, but because he was dressed in lightweight cycling gear he was worried he would get injured if the dog turned on him.

So instead he decided to take some pictures as evidence and report the incident to the police. 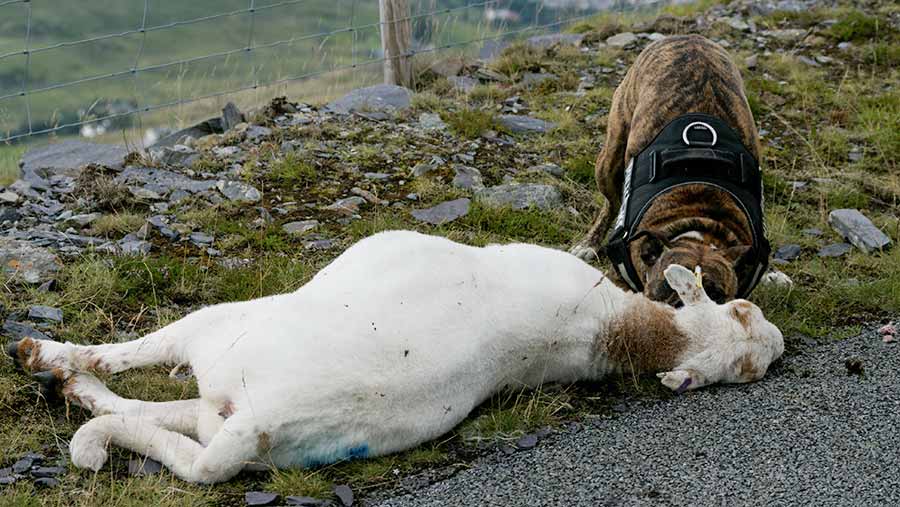 The owner did eventually drag the dog away and seemed concerned that the incident would be reported to the authorities, said the witness.

The film, shot on location in North Wales by SkyWebMedia/Fassen8 Productions, carries a simple message to dog owners: “Keep your dogs on a lead around livestock, especially sheep.”