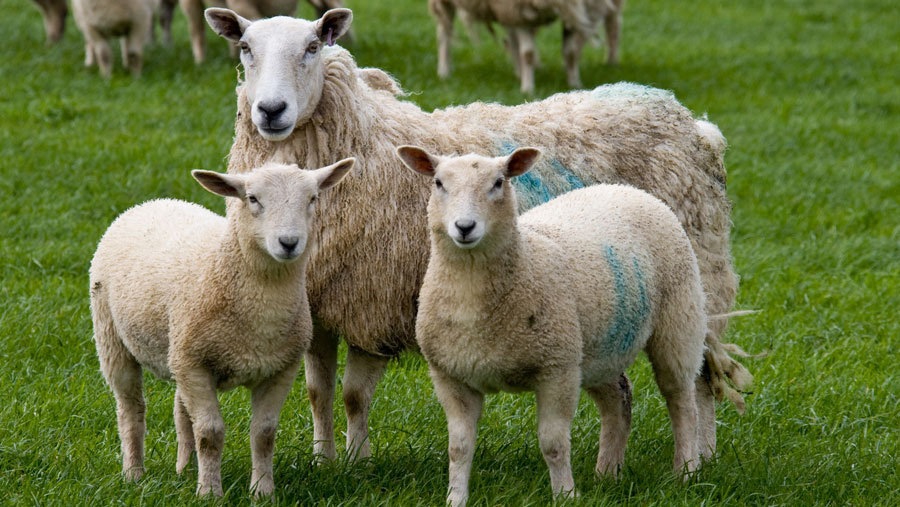 Sheep farmers should consider five key factors to gauge nematodirus risk on their holding as the threat of the disease rises across the country, warn livestock advisers.

This follows disease monitoring updates from across the country, with 29 of 140 weather stations currently at “high risk” or “very high risk”.

The 29 forecasts are mainly across central and southern England and Wales, but also appear as far north as the Vale of York and Strathallen, Scotland.

This represents a danger to lambs, both through lost growth performance and potential mortality, says the Sustainable Control of Parasites in Sheep (Scops) group

Many weather stations at higher altitudes and further north and west remain at “negligible” or “low risk”. Farmers should look for risk level at the nearest weather station data by checking the nematodirus forecast.

Scops says the first factor to assess is if lambs are on high-risk pasture – for example, pasture that was grazed by ewes and lambs last spring.

If one or more of the following four factors is present on their holding, farmers are advised to act now (see “Advice on nematodirus”).

Why is nematodirus such a problem?

How to act against nematodirus

See also: How to control gastrointestinal parasites in sheep and cattle for more on nematodirus