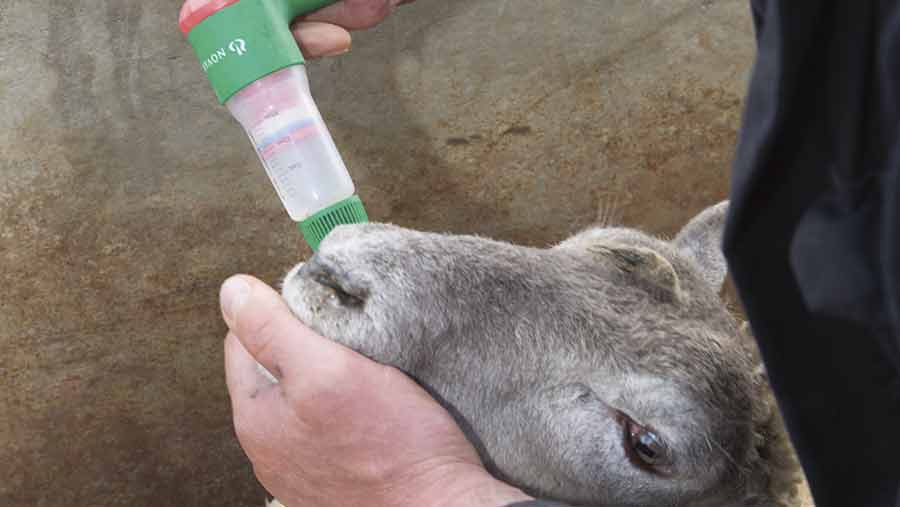 Sheep producers can lower anthelmintic resistance in lambs and increase growth rates by treating with a different wormer group later on in the season.

One annual “knock-out dose” of either a group four orange (amino-acetonitrile derivatives) or a group five purple (spiroindoles) wormer is best delivered within a month of weaning and should be discussed with farm veterinarians, experts advise.

This is to maximise growth rates from summer grass and has the added benefit of minimising selection for anthelmintic resistance, according to independent sheep consultant Lesley Stubbings, who spoke at a Zoetis teleconference last week (26 June).

She advised that a mid- or late-season group four monepantel or group five derquantel treatment should follow doses of group one, two or three anthelmintics earlier in the grazing season.

“As you treat lambs you are potentially selecting for worms through the season, building up numbers,” explained Mrs Stubbings, who warned that most farms now report group one wormer resistance and growing numbers are reporting double and triple resistance.

“Picture the grazing season like a clock which needs resetting through the use of new products.

“The best time is within a month after weaning as there is a temptation to go in earlier for better growth rates but at this stage you are not knocking out as many resistant worms as you can.”

Both monepantel and derquantel are POM-V products that must be veterinary prescribed, she added.

Farmers are therefore urged to discuss a mid- to late-season wormer dose with their veterinarian or risk missing out on weight gain.

Mrs Stubbings added: “As a consultant I talk to many farmers who report their lambs aren’t doing very well.

“This is often because the actives they are using aren’t achieving the control they expect.”

And while often overlooked and considered expensive, Mrs Stubbings urged farmers to consider the short and long term benefits of using group four and five drenches as part of an integrated approach to keep broad spectrum anthelmintics in use for as long as possible.

“Farms free of resistance issues stand to gain more,” added Mrs Stubbings. “The earlier they start using this integrated approach then the more likely they are to keep the other three groups working for longer.”

She added that the extra expense of group four and five products could be seen as a “good thing” from a resistance standpoint, minimising the chance of overuse and restricting farms to a targeted approach in combination with older wormers earlier in the season.