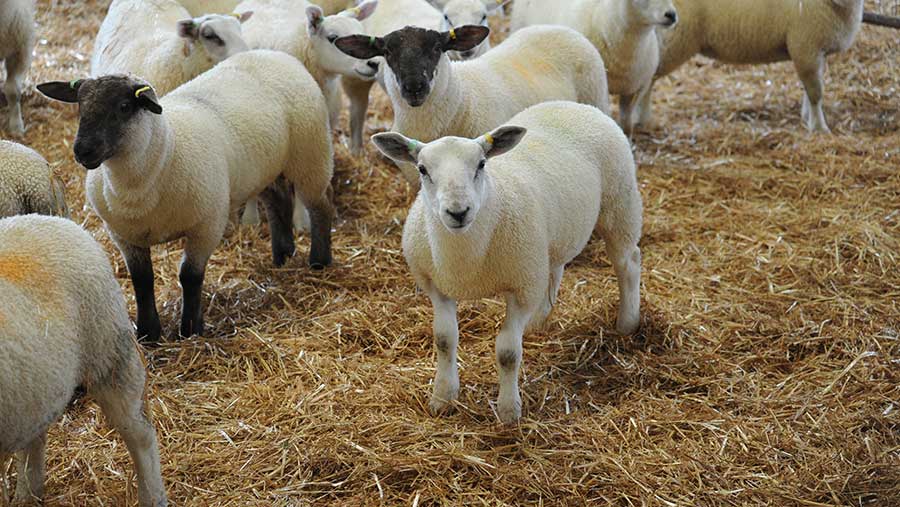 A forage-based sheep farming enterprise is achieving an average lambs sold percentage of 170% an ewe with minimal inputs by using good genetics and capturing data to measure performance.

Sion and Claire Williams bought 87ha Pistyllgwyn, near Llandeilo, two years ago and now farm 304ha, which includes 103ha Beili Ficer Farm, the tenanted farm where they first established their sheep enterprise in 2010.

With the help of their shepherd, Ioan Jones, they now run a flock of 2,500 ewes and 86 cattle.

The business is a breeding partner for Innovis, producing 400 yearling Aberfield rams for the company’s annual UK sheep sales.

The Aberfield flock consists of 1,200 ewes and 500 ewe lambs. “Our focus is to breed rams out of our best-performing ewes,’’ says Mr Williams.

“The Aberfield is an exceptionally easy lamber and super maternal, producing lambs that are vigorous and want to get up and suck, resulting in more live lambs on the ground.

“Ultimately, these are traits that make the difference to the commercial sheep farmer’s bottom line.’’

The flock is split into an “A” and ‘B’ flock. “Anything that has wronged us for any reason drops into the B flock and their progeny then go into fat lamb production’’ says Mrs Williams. 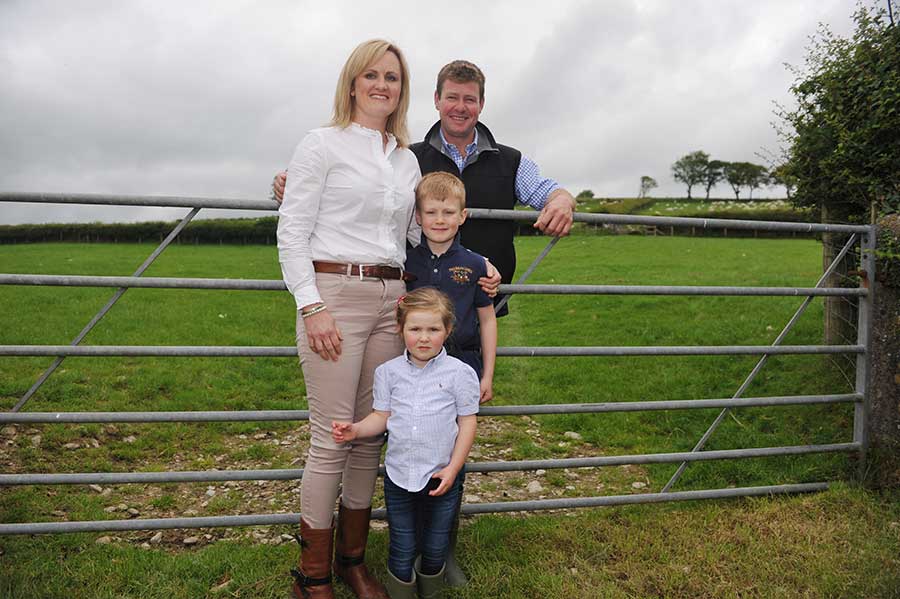 Sion and Claire Williams, pictured with their children, Harri and Cadi, says their business must be ‘fit for the future’

With profit in the sheep sector largely driven by effective production, there is a rigorous approach to culling underperforming ewes.

“We borrowed money to buy our farm, and our financial position necessitates that we have to farm at a certain scale, so we need sheep that deliver in terms of their performance. Quite simply, if it doesn’t pay, it doesn’t stay,’’ adds Mrs Williams.

The business also has a flock of 700 Welsh ewes that lamb outside to Aberfield rams.

The remainder of the flock is made up of cross-bred ewes, put to terminal sires.

Cross-bred ewe lambs are sold for breeding and male lambs sent to slaughter.

Most of the ewes from the Aberfield flock lamb inside between 22 March and 15 April; the Welsh ewes and Aberfield ewe lambs lamb outside from 15 April.

In a drive to reduce costs, the Aberfield flock will lamb outside next year.

All progeny are recorded at birth, allowing for quicker and more accurate assessments and decisions on the management of the flock.

“We are breeding a maternal sire, so we record maternal traits. Everything about the ewes and lambs at birth is recorded,’’ says Mrs Williams.

As well as industry-standard information of birthweight, sex, litter size, lambing ease and vigour, the couple include data on mothering ability and colostrum production. 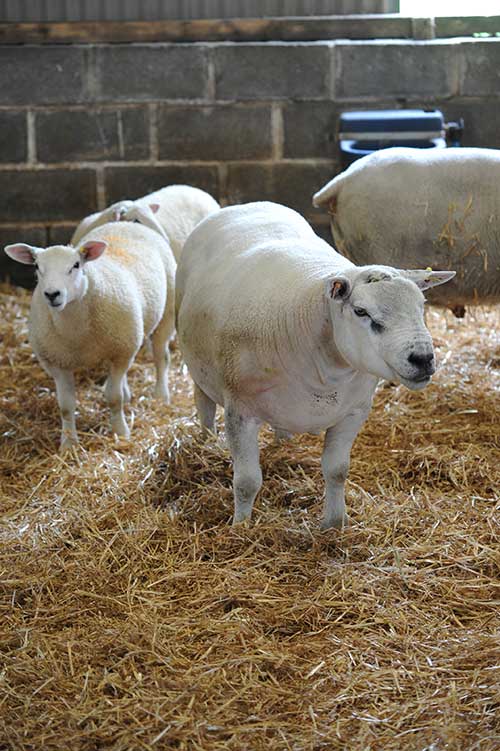 All lambs are finished on grass, so ewes must produce progeny with good forage-conversion efficiency.

Ewes and lambs are rotationally grazed in large mobs, with groups of 250 sets of twins or 300-400 singles in an individual mob.

In the immediate future, grazing infrastructure will be put in place to create a paddock system. “Ideally we will be grazing 10 mobs of 250-300 ewes and lambs in a few years’ time,’’ says Mr Williams.

The Aberfield progeny are weighed at eight and 16 weeks; the average eight-week weight for singles and twins is 29kg.

After 16 weeks, the Aberfield rams are selected for sale every six weeks.

All fat lambs produced by the business are sold to Dunbia for the Sainsbury’s “Taste the Difference” range, marketed under the Wales YFC logo.

Beef cattle, which are mostly bought direct from farms as calves and sold as bulling heifers at 18-20 months, help to manage the grazing.

Running 10 heifers with each mob of ewes reduces the need for topping fields to maintain grass quality.

In a new development for the business, cattle will be supplied to the Integrated Wales YFC Beef Scheme. The couple have started rearing batches of calves to 12 weeks, making best use of empty shed space outside the lambing period.

They admit that growing the flock to its current scale and buying a farm have made the past few years the most challenging yet, but it has focused their minds on financial management.

“With Brexit looming, we know we have work to do in order to get our costs down and ensure the business is fit for the future. Our livestock is what pays for us to keep this farm, so we can’t afford to carry anything that underperforms,’’ says Mrs Williams.