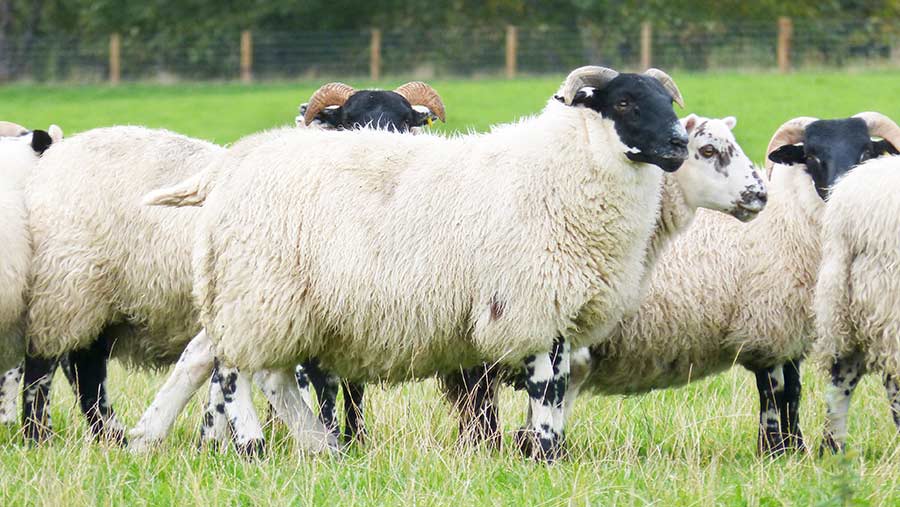 Four out of the past five summers have seen the shepherds at Bowhill Farming cut anthelmintic doses at weaning time by 80-90% on historic levels thanks to laboratory-assisted parasite monitoring.

Farm manager Sion Williams and the team first embraced an online FEC service in 2014 and have saved on roughly 5,500 doses of anthelmintic wormer at weaning time in the past four years.

This means dosing only about 500 of the 6,500-7,000 lambs being produced annually; a far cry from dosing all lambs every three to four weeks, which is what the estate was doing historically.

Not only does this mean the estate farm, which became a LEAF demonstration farm in September, is saving time and money on drenches and labour, but the flock is still able to use the old, inexpensive wormers to manage parasite burdens.

See also: How to test for wormer resistance in sheep

Worm burdens are monitored through Techion’s FECPAK G2 system. Dung is sampled and processed on farm before two high-resolution images are taken and sent to laboratories to be assessed by a trained technician.

How is the flock managed?

The parasite year starts by closely monitoring weather forecasts in April, with a nematodirus dose given to the 2,300-2,400 lowland lambs as conditions dictate.

The lowland flock, which lambs inside from 15 March, is at greater risk of picking up roundworms as they hatch in the spring sun, whereas the hill sheep, which lamb either on 1 April or 16 April, typically avoid that hatch and are grazed more extensively, minimising the chance of picking up eggs.

The nematodirus dose is typically given in May, whenever the hatch takes place, after which the faecal egg counting begins, taking place every two weeks from June until the last of the lambs are sold the following March.

The other potential dosing point is a pre-tupping drench for breeding ewes. This used to be given every year, but is now given based on FEC results.

Satisfactory worm control, as ratified through post-drench FECs, is being achieved through white group one (Benzimidazole), yellow group two (Levamisole) and clear group three (Macrocyclic lactone) drenches, which are used in rotation to maximise efficiency.

This means the newest orange and purple anthelmintics (groups four and five) can be used for quarantining rams – the only bought-in sheep on the farm. 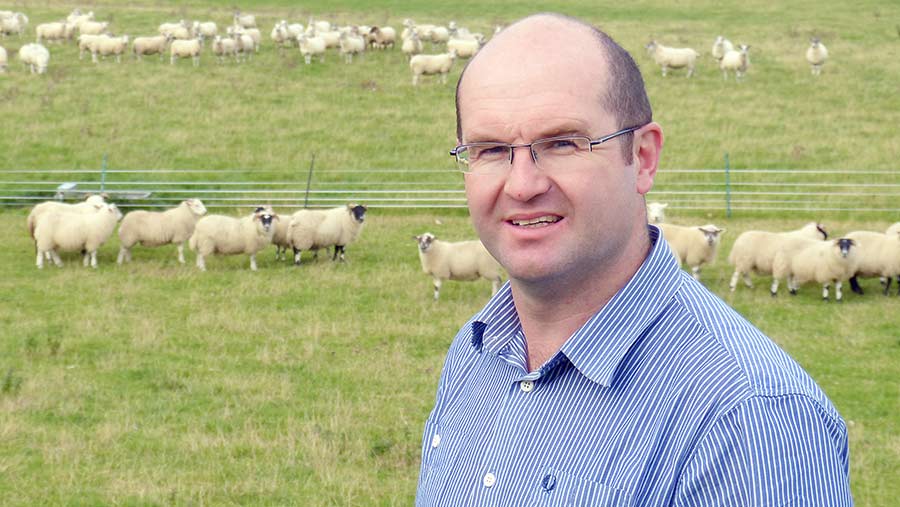 “Slowing down the rate of resistance is probably the biggest win for me,” explains Mr Williams. “By counting eggs we can restrict the use of cheaper white, clear and yellow wormers to times when they are needed and keep them working on the farm for longer.”

But Mr Williams stresses that there are no common rules with drenching and that each year brings different challenges.

Last summer, for example, 4,000 lambs needed a wormer dose. This followed a late parasite challenge after rain followed the drought.

Although collecting, processing and emailing more than 80 dung samples/year takes time, Mr Williams stresses that his flocks are run more efficiently and sustainably because of FECs.

With an average flock size of 1,800 ewes per shepherd and two shepherds working together at certain times of year across 3,800-3,900 sheep, stock handling is minimised if possible.

Efficient weight gain is vital to stop a backlog of lambs as hill lambs are weaned in August and September and come down to the lowland pastures for finishing.

Mobs are sampled prior to weaning and moving to new grazing to allow for at least a four-day egg kill period to remove eggs from lambs and so avoid any contamination of clean grazing.