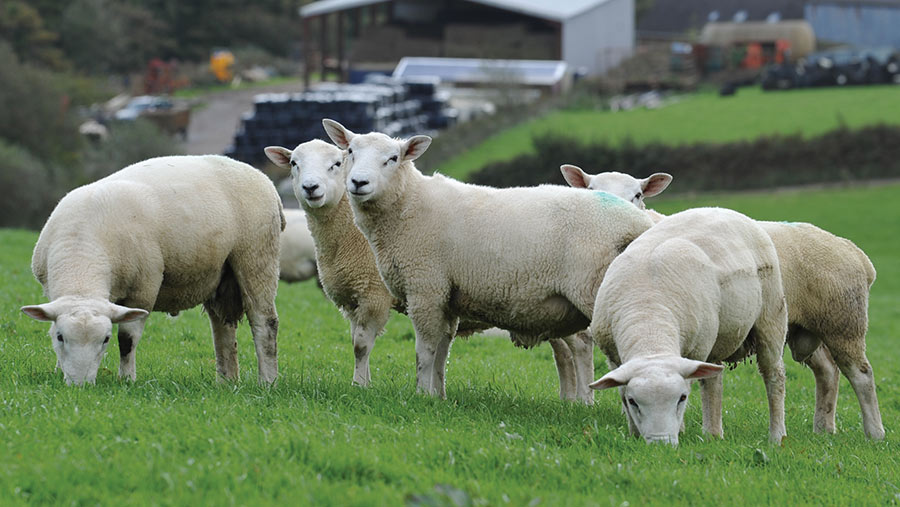 Shearing every lamb in its first summer is increasing growth rates by up to 20g a head a day at one Glamorganshire hill farm.

The Anthony family remove the fleeces of both ewe lamb replacements and ram and ewe lambs under 35kgs that are destined for slaughter – last year 900 animals were shorn.

Shearing usually takes place at the beginning of August and not only does it help greatly with flock management, but it has been proven to improve growth rates too.

Jacob Anthony farms at Cwm Risca Farm near Bridgend with his parents, Peter and Emma, and grandfather, David. Peter first introduced the shearing policy 20 years ago to prevent lambs getting their fleeces caught in undergrowth.

The flock is electronically recorded and two years ago the family conducted an on-farm trial, leaving 30 of their breeding ewe lambs unshorn and monitoring daily liveweight gain (dlwg) across the flock.

Growth rates in the shorn ewe lambs were higher, by an average of 20g a head a day by the end of October, which increased the average dlwg to 280g a head in total.

At scanning there were fewer empties in this group too, says Jacob Anthony. He attributes the better growth to lambs eating more grass because they are cooler without a thick covering of wool.

“We always thought shearing helped with lamb performance and now we have the data to back it up,” he says.

Shearing in practice and cost

Two days are set aside for shearing. Last year, the lambs were shorn in mid-September after poor weather delayed combining and baling.

However, shearing later in the year didn’t have a detrimental impact on growth rates.

“There are some lowland flocks across the country that are shorn in October, but August suits us and, because our farm is higher up, I wouldn’t want to shear later than we did last year as they need some regrowth before it gets cooler and the days are shorter,’’ he says.

Because the lambs are shorn in August they don’t need to be housed to acclimatise to having their fleeces removed, but if it is raining the advice is to provide them with some shelter in the first few days as it is not the air temperature that makes them cold but the rain.

Also, if shearing later in the season, using a normal comb and leaving the belly wool on would provide some insulation against the cold wet ground when lambs lie down.

This helps reduce labour requirements in August, which can be a very busy month for the family, with combining and haylage-making taking place.

Even though there is little value in the lamb fleeces as, unlike adult sheep, it comes away from the animal in chunks because it is shorter and has no binders, Mr Anthony says shearing costs are easily recouped from higher growth rates, reduced fly treatments and labour inputs.

Shearing costs £1/head – 30p less than the rate the Anthonys pay to have their ewes shorn. Mr Anthony is part of the shearing team too, which keeps the cost down, but he says the £1/head fee is easily recouped in higher growth rates and fewer fly treatments are required.

Shearing lambs not only makes economic sense but is also good for animal welfare, he adds.

“When it is raining, and the lambs get wet, we notice they just give a quick shake and, because they have shorter fleeces, they dry off very quickly. If they had a fuller fleece they would be retaining that moisture.” 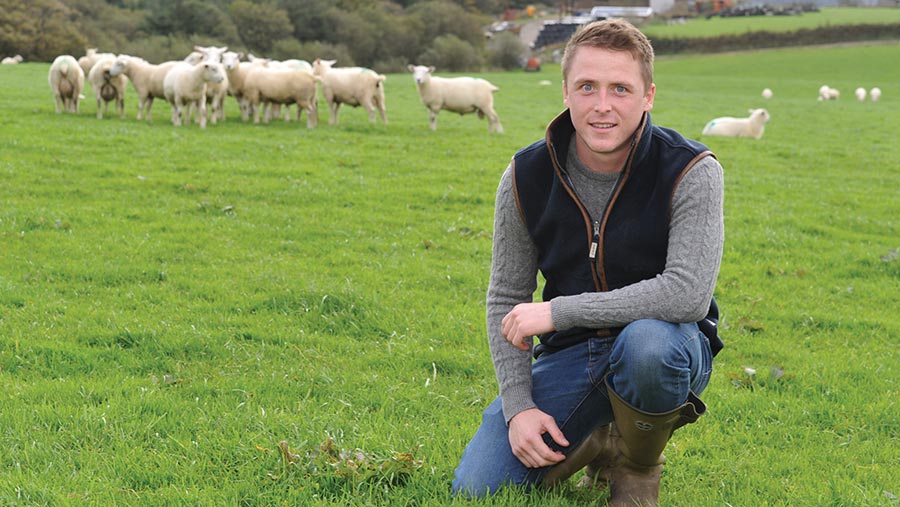 Because lambs are growing more quickly they are also able to be tupped as ewe lambs to accelerate genetic gain.

The Anthonys run a flock of 1000 Lleyn x Texel breeding ewes. They tup all 250 of their ewe lambs because they say every animal on the farm must pay its way and delaying breeding until the animal is a yearling means 12 months of lost income.

Ewe lambs are put to Charmoise rams at tupping – they run together for one cycle to condense the lambing period. This season they scanned 180%.

Shearing also means fat lambs don’t need to be clipped before they are presented for slaughter.

“That would be a miserable job when the weather is cold and wet, dagging the bellies and bottoms of 50 or 60 lambs before they are sent off. It would also be time consuming. It is much more efficient to shear them,” says Mr Anthony.

After shearing the fat lambs, the Anthonys don’t send any for slaughter for three weeks. This allows for some wool regrowth, which is necessary if they are to receive a payment for the skins.

It also means any bruising that occurs during shearing has time to heal and this avoids any price penalties for carcass quality.

Mr Anthony believes shearing could be beneficial in particular to sheep farmers who send their ewe lambs away to winter graze land on tack.

“In this situation the farmer wouldn’t have the opportunity to check their lambs every day, but with shorter fleeces there are less chances of problems,” he says.