A group of pioneering farmers have overcome the inherent challenges of performance recording hill breeds to make significant genetic progress in their Swaledale flocks.

The three-year AHDB project has ended, but after recording 67 tups, the six farms all intend to forge ahead by continuing to Signet-record their flocks.

Performance recording is challenging in the Swaledale breed because:

Individual farm aspirations vary, but the main focus is to improve carcass traits by measuring loin, hind leg and shoulder.

Farmers Weekly spoke to two of the farmers in the project, Barry Wheldon and Tim Dunn, about their experiences, the benefits and what they have learned.

Swaledale and Mule breeder Tim Dunn is now recording all his Swaledales after taking part in the performance-recording study and even started recording his Bluefaced Leicester flock last year. 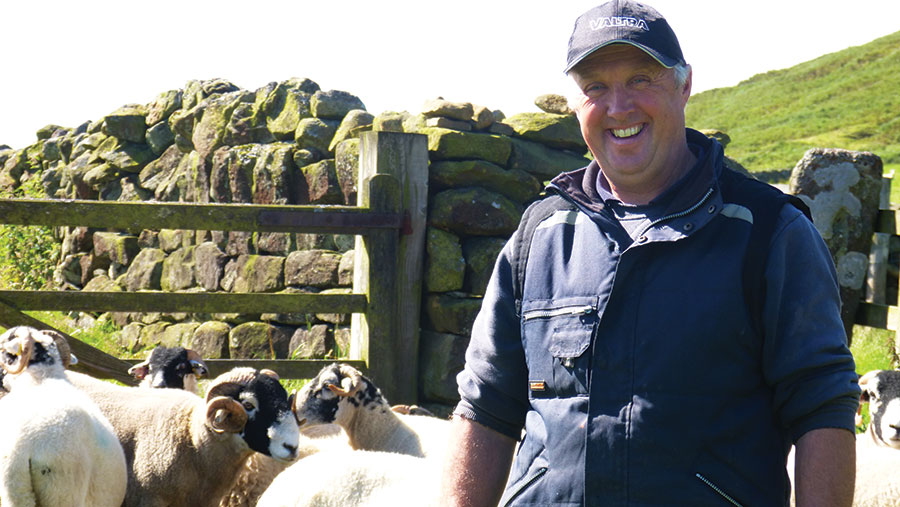 A total of 750 sheep on three hefts are now recorded at Breck House, Fadmoor, after previously recording just one heft of about 160 ewes.

Mr Dunn is one year into recording Bluefaced Leicesters, with a view to be able to market all his Mules as “performance Mules” by 2025.

This follows three years of data collection in which the Dunns discovered the marked difference in performance between their high and low index tups (see “The carcass difference between high- and low-index rams”, below).

So far, the strategy has been to collect all the data possible during the project and simply start weeding out the lower-index rams.

“Some Swaledale breeders are concerned we are purely focusing on index and conformation. This is not the case,” stresses Mr Dunn.

“We are striving to find tups that combine type and figures. The group is looking for new breeders to join to increase the data set and rate of genetic gain.”

The group’s next step is to start marketing sheep as performance recorded and high index.

However, the number of high-index tups forms a very small percentage of the total number of Swaledale tups on offer.

Case study: Recording saves up to 45 days on lamb finishing 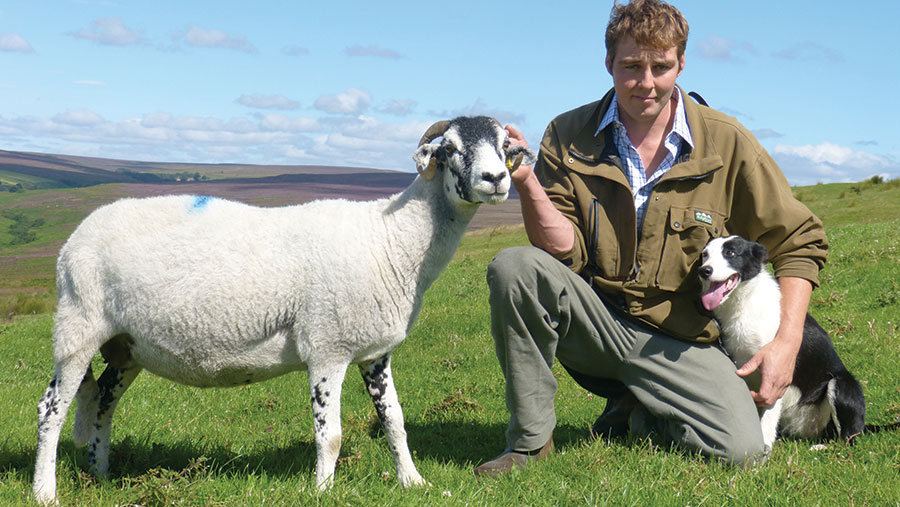 All the Swaledale sheep that are bred pure have been recorded from the outset at Birk Nab Farm, Carlton, where Mr Wheldon hopes to improve days to slaughter and conformation of the lambs he sells annually to Dunbia.

The difference between a tup within the top 2% (214 index) and a bottom 50% tup (67 index) is 30g a head a day in terms of daily liveweight gain, says Mr Wheldon, who has been weighing progeny at birth, weaning and back-fat scanning.

The aim is to breed a lightweight Swaledale ewe that produces a 16kg prime lamb carcass, which can grow and be finished on grass with little cost.

“We want to keep a hardy, milky ewe with good mothering ability and Swaledale type, but we want to do that while finding the genetics that grow well and thrive in our environment.”