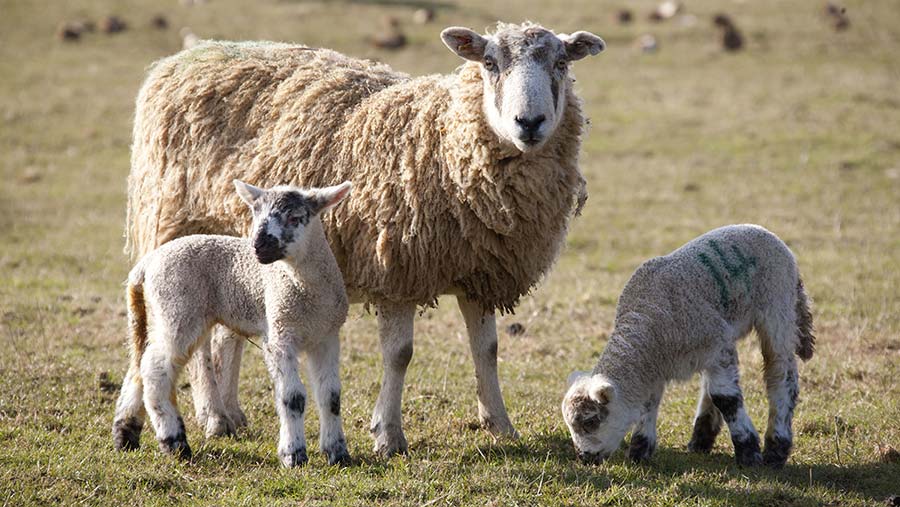 Below we outline what causes each disease and how to spot it, with the help of MSD vet adviser Stephanie Small.

Few of these diseases are treatable, with most causing rapid death, so prevention in the form of a well-planned flock vaccination programme is essential.

The group of bacteria known as clostridia are organisms commonly found in soil, where they can survive for a long period of time.

Most of these organisms occur naturally in the gut of healthy animals and pass in manure and subsequently contaminate the soil.

A stressful event, such as a change in weather, diet or an endoparasite infection, is required to trigger clinical infection.

There are eight main types of clostridial disease that affect sheep.

Scroll further down to find out more about how they caused, the symptoms they present and how to prevent them.

Caused by toxins released by the organism Clostridium perfringens type B and causes infection of the intestine.

Caused by the toxins released by Clostridium perfringens type D when it is absorbed into the intestinal tract.

It usually exists in small numbers in the gut of healthy animals, but if the intestine favours bacterial growth caused by a sudden diet change or the movement to new or better pasture, it can produce fatal toxins.

Caused by the toxins of the bacterium Clostridium chauvoei. Bacterial spores are ingested from pasture and then enter the bloodstream and lodge in the muscles, where they can remain dormant until a wound is created as a result of tail-docking, shearing or injury.

Caused by the organism Clostridium novyiand and is associated with liver fluke infestation. It invades the liver and produces a fatal toxin. It occurs after the liver becomes damaged by fluke migrating in large numbers from the intestine to the liver.

Caused by Clostridium tetani, which penetrates puncture wounds. Once healed, the organism multiplies rapidly without the presence of oxygen and produces a deadly toxin.

Caused by C septicum, which is normally found in gut and soil.

The disease generally occurs in the winter when sheep eat frosted root crops. The frozen feed damages the lining of the abomasum (fourth stomach), which allows the organism to enter.

Caused by C septicum (or occasionally C chauvoei) which is found in gut and soil. Occurs following traumatic injury with deep-penetrating wounds becoming infected with the bacterium.

They are commonly found in the tonsils and throat of healthy animals, but under stress the animal’s immune systems becomes suppressed and these bacteria multiply and invade the lungs, causing septicaemia and pneumonia.

It can be triggered by stress arising from weaning or castration, for example, or if air quality in sheds is poor or humid.