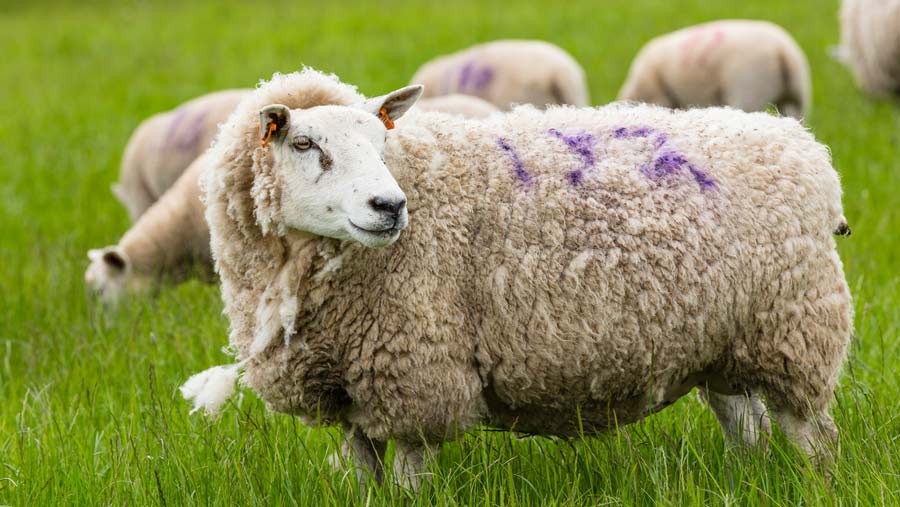 More than half of UK flocks could have elevated culling rates because of Johne’s disease, says a leading sheep researcher reacting to flock survey results.

A growing body of University of Liverpool data show ovine Johne’s disease (OJD) is present on 59-65% of farms surveyed in academic and industry trials, Peers Davies, reader in livestock health and welfare at the university, told the National Sheep Association event in Malvern last week (27 July).

He said eradication of OJD – caused by Mycobacterium avium subspecies paratuberculosis – was “at best difficult and at worst impossible”. However, he stressed the negative impact of the disease could be mitigated if shepherds knew it was there.

See also: How to detect and control Johne’s in sheep

OJD is likely to be costing farms a lot of money, because:

“Johne’s infects lambs very early on in life, as it does in calves,” said Dr Davies. “As lambs get older, they are less susceptible to infection.”

He said infection of newborn lambs came mainly from the environment, although other routes were possible, including through colostrum and in utero.

This marked OJD out as slightly different from the other iceberg diseases (caseous lymphadentis, maedi visnae, jaagsiekta/ovine pulmonary adenocarcinoma, Border disease), which do not  persist in the environment.

He said researchers suspect many ewes have been infected with OJD as lambs and live with the subclinical disease, spreading it to others before being culled because they are thin and barren.

“A key step is identifying whether the environment in which the young lambs are in is contaminated,” said Dr Davies.

Dr Davies said OJD is unreported and often undiagnosed because:

How can I deal with Johne’s?