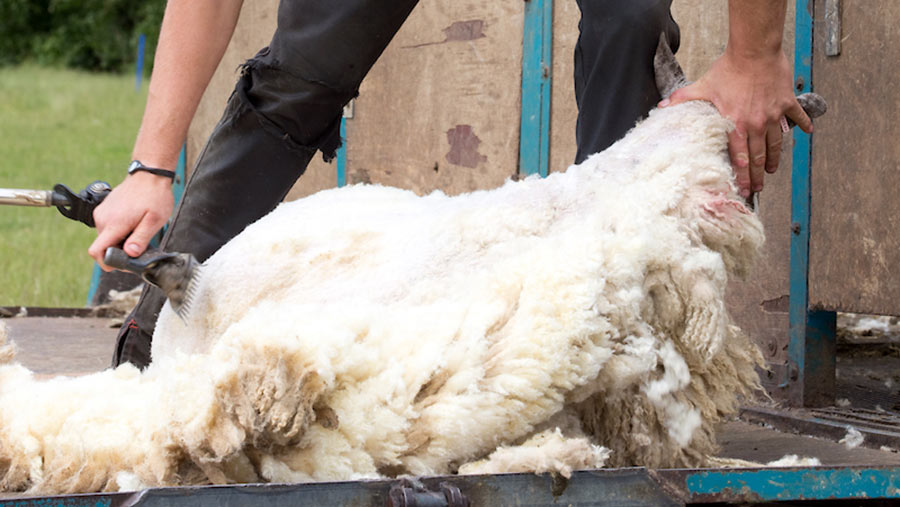 An advert that claims wool is “as cruel as fur” and demanded the public fight for a sheep’s rights against being sheared has been banned.

The campaign, funded by the animal rights group Peta, which called for a boycott on wooly jumpers, has been thrown out by the the advertising watchdog and slapped down by farmers as “damaging jargon”.

The advert appeared on the side of buses with the slogan: “Don’t let them pull the wool over your eyes. Wool is just as cruel as fur. Go wool-free this winter.”

See also: Video: Bucks farmer Sarah Denne on why shearing is not cruel

A flurry of 10 complaints were received by the Advertising Standards Agency (ASA) and the advert was blocked for misleading consumers.

Peta had said sheep suffer cruelty and abuse in the wool industry, arguing that all sheep suffer pain and stress during shearing.

The watchdog disagreed, ruling that the claim had been inaccurately presented as factual and ordered Peta never to repeat it.

In a ruling, the ASA said: “We considered people would interpret the claim ‘wool is just as cruel as fur’ as equating the conditions in which sheep were kept and the methods by which wool was obtained with the conditions and methods used in the fur industry.

“However, sheep are not killed for their wool as animals are in the fur industry and there are standards in place relating to their general welfare, including relating to the shearing process. We therefore concluded that the claim was misleading.”

The National Sheep Association (NSA) hailed the news as a victory against “the lie that wool is cruelly obtained from sheep”.

NSA chief executive Phil Stocker said: “This decision exposes Peta’s advertising for what it is – grossly inaccurate jargon which is misleading the public as well as damaging farmers’ reputations and livelihoods.

“The undeniable fact is that removing wool from sheep is necessary for their health and welfare. It does not harm them, and it does not exploit them.

“British wool is a wonderful resource with highly valuable properties. It is sustainable, renewable, and natural, and is also a stable store of carbon.

“The real scandal is that organisations such as Peta are dressing up synthetic alternatives as being better, and nothing could be further from the truth.”