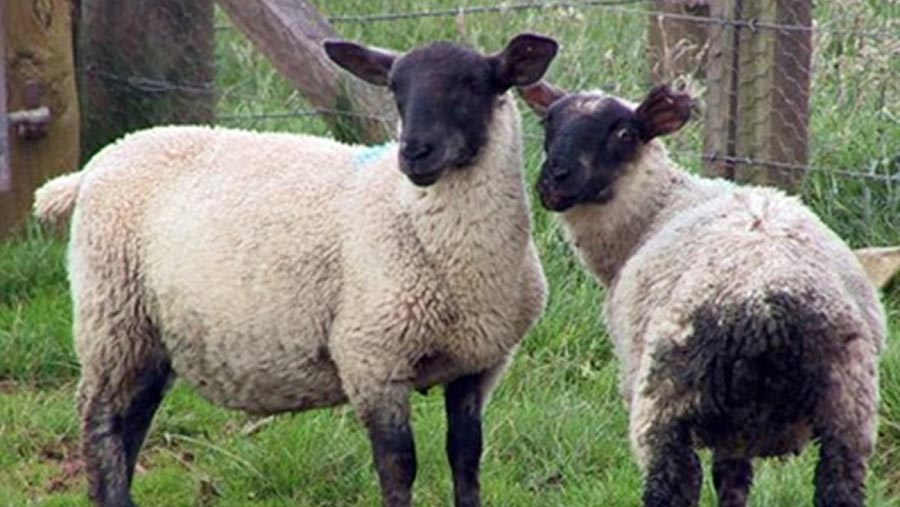 Farmers experiencing a spike in lamb mortality after a dry spring and wet summer could be the victims of a delayed surge in parasites.

Reports of farms in mid-Wales and northern England losing dozens of lambs in the past month come after a wetter period of weather following a dry spring.

Experts say there are several common causes of death in strong, well-grown lambs at this time of year, but that a delayed parasite challenge could be to blame in some locations.

See also: How to control gastrointestinal parasites in sheep and cattle

Advisers say a particularly dry March-May period could have delayed the nematodirus hatch, larval release and subsequent roundworm exposure meaning lambs had less opportunity to build up immunity early in the season.

Dr Dave Bartley, principal investigator at the Moredun, says 2020 weather patterns may have resulted in a late nematodirus hatch in some regions, lack of roundworm exposure could explain recent lamb mortality on some farms.

“Lambs need to be exposed to Nematodirus and other worms to build up some immunity to them,” says Dr Bartley. “If lambs weren’t exposed to nematodirus early on this spring they can remain naïve to infection.”

Dr Bartley says farmers have reported a trend for parasite challenge over longer periods in the year in recent years, possibly a result of a longer grazing season and climatic change.

He recommends farmers talk to vets about post-drench efficacy checks to ensure any wormers being used are working effectively.

A dataset of more than 750 UK client egg counts from Techion UK showed a 56% lift in average laboratory faecal egg counts (FECs) from June to July.

Techion UK operations manager Eurion Thomas believes the sharp increase in FECs between June and July may explain the issues some farmers are seeing with worms in recent weeks.

Sheep vet Emily Gascoigne at Synergy Farm Health says there were various reasons for lamb mortality in July and August.
She stresses that farms seeing sudden deaths in well-grown lambs should seek veterinary advice and invest in postmortem testing because other diseases could be to blame.

She advised the following: