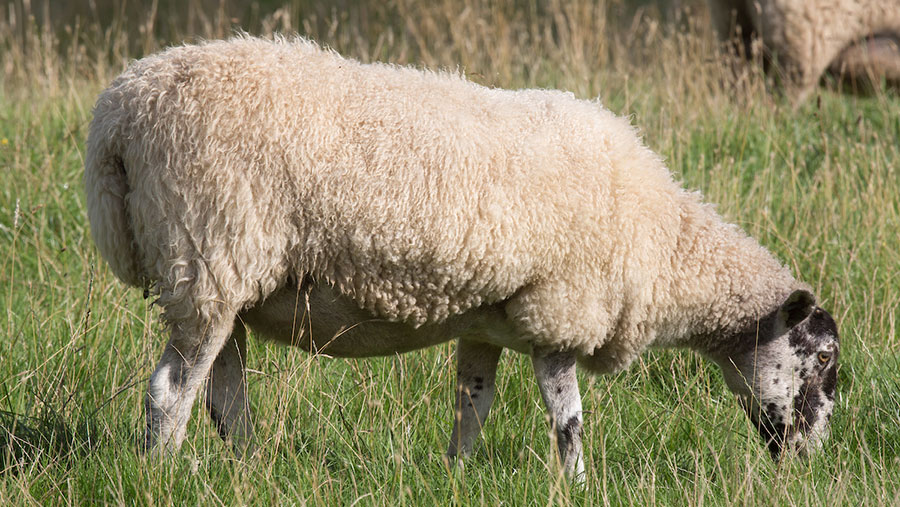 Livestock farmers are being told not to judge parasite burdens by the calendar and instead take action to find out what is happening on their farm and in their area.

With warmer weather enabling a longer grazing season and milder winters leading to increased parasite survival, farmers need to have some degree of knowledge about parasites on their farm and in their locality.

See also: How a Cheshire farmer eradicated liver fluke from his flock 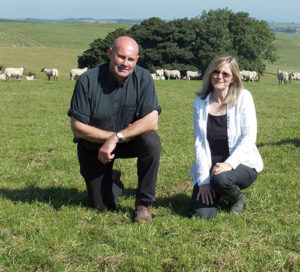 Farms involved in Parasite Watch will have faecal samples taken every two weeks, which will help detect major stomach worms and nematodirus, with results available within a couple of hours and uploaded to the Parasite Watch map at www.parasitewatch.co.uk.

Fluke will also be tested quarterly using coproantigen testing, which will pick up immature fluke at six weeks old, giving farmers the most advanced warning possible. Flies will be monitored on the farm using fly traps.

The aim of Parasite Watch is to inform the farmers involved in the project about parasite levels on their farm, but also alert producers to parasite risks in their local area.

Mr Yeomans was involved in Parasite Watch last year and says as a result of monitoring growth rates and cross referencing with faecal egg counts (FEC), he had some sheep that didn’t require any drenching.

In mid-May, lambs are weighed before being turned on to the hill and are weighed at least every month thereafter until they are weaned in July.

“Last year if we had lambs that were growing 200g a day or less, we were taking faecal egg counts. In the main, those with lower growth rates had more of a challenge with worms,” he says.

Mr Yeomans also didn’t worm ewes in good condition at turnout last year. “I aim to leave at least 20% of ewes unwormed – so last year I had some ewes that weren’t wormed at all.”

Vet Dave Armstrong from Zoetis, says along with looking at risks in their area by using the Parasite Watch map, farmers should also be using FEC as a monitoring tool, as well as observing growth rates.

“If you are below your target growth rate, then that’s when you should start investigating.

“You can’t just judge by the calendar or what happened last year, you’ve got to look at stock, weigh stock and know what is going on.” 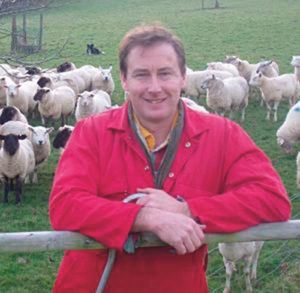 Sheep farmer Peter Baber, who runs one of the 18 farms involved in Parasite Watch, believes long-term targeting of wormers has helped control the development of resistance on his farm.

He farms 1,000 Exlana, Suffolk and Texel ewes at Weir Park Farm, Christow, Exeter, and is also chairman of Sustainable Control of Parasites in Sheep (Scops).

He has been taking faecal egg counts for the past 10 years and will only worm if results indicate there is a problem.

Last year he was pleased to find the white BZ group of wormers worked 100% on his farm early in the season.

“It implies we don’t have blanket resistance to BZ’s, which is good news and could be an indication of how successful using faecal egg counts are.”

“Every time you drench you are essentially moving the whole farm down the road to resistance. You have to work out whether the group or animal in question is going to really benefit from the drench.”

He added that if he has a faecal egg count that comes back showing medium risk, he may go out and drench 20% of the flock. “It shows there are some worms there, so I will worm those animals most at risk.

“Taking faecal egg counts builds a picture of what is happening on farm and will help preserve the useful lifetime of some drenches,” he adds.

The aim of Parasite Watch is to show what is happening across the UK using an interactive map found at www.parasitewatch.co.uk.

Farmers Weekly will be updating readers monthly up until September on the results.

To use the map, click on a farm in your area and details of any parasites found as well as when they were detected will be displayed. Test results will be online within hours of the test being taken.

How to take a faecal sample for testing

Options for testing can be discussed with your vet.

Here’s a step-by-step guide on how to take a faecal sample.