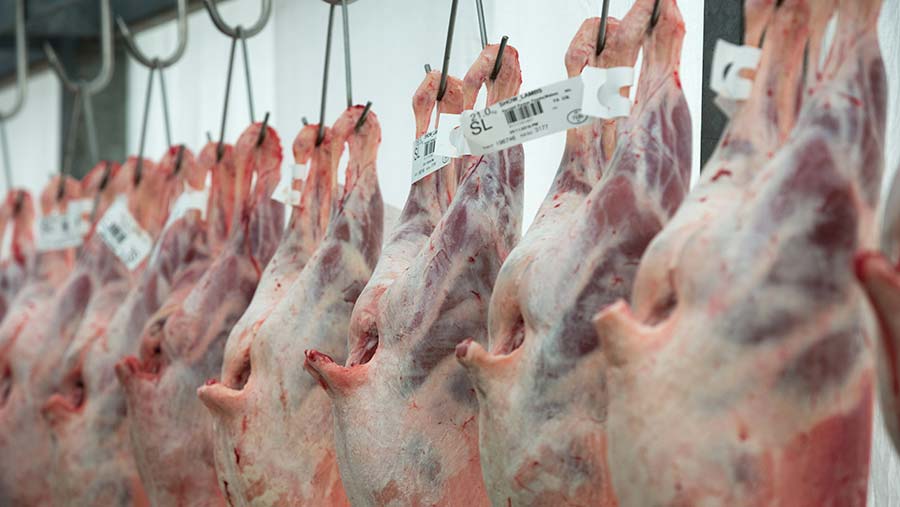 Muslim authorities are being urged to accept the stunning of all animals prior to slaughter, as new figures from the Food Standards Agency (FSA) reveal that a quarter of all sheep reared in England are killed without stunning.

The data are contained in a report from Defra on slaughter methods in England and Wales, based on a survey carried out by the FSA early last year.

The report explains that Halal slaughter includes both stun and non-stun sectors, while Shechita slaughter for the Jewish community is exclusively non-stun.

Broilers are the most numerous species slaughtered, with 18 million birds a week being killed, of which 13% are killed for Halal meat with stunning, and 9% without stunning.

But it is sheep that have the highest proportion of Halal carcasses – with 46% animals killed after a “simple stun” and 25% killed with no stun at all. That is the equivalent of 3.2 million sheep a year killed without stunning.

The National Sheep Association (NSA) said it was “surprised” to find this figure so high, as this appeared to be out of line with market demand.

“We endorse and support high welfare standards of slaughter, and would like to see cultural and behavioural changes that shift towards methods of slaughter that allow animals to be stunned before slaughter,” said chief executive Phil Stocker.

“However, we can’t ignore the deeply held beliefs of some religious communities and we shouldn’t do anything that drives practices underground or results in unintended outcomes.”

A spokesman for the AHDB reiterated the need for high standards and emphasised the importance of the Halal market and the role it plays in allowing the sector to be sustainable.

“The [non-stun] market accounts for about 20% of our trade and it is an important demographic for us. It is a growing market,” he said.

But the findings of the report have been met with dismay by the RSPCA and the British Veterinary Association (BVA), which have been lobbying hard for a ban on non-stun slaughter.

In particular, they point to figures on the export of sheep that have been killed without stunning. The report suggests that as many as 750,000 carcasses a year from non-stunned sheep are being sent abroad.

“EU and UK slaughter regulations allow a derogation for non-stun slaughter, providing that the meat from the animals is only used to meet the requirements of the UK’s religious communities,” said RSPCA head of farm animals Marc Cooper.

“The new figures suggest that non-stun slaughter is being carried out far more often than is required, and the meat is being exported and used outside of the local community, so breaching the intent if not the letter of the law.”

Simon Doherty, the BVA president, said it was concerning that the export of some non-stun meat was going unreported.

“We strongly believe that all non-stun slaughter should be banned in the UK,” he said.

“However, while it continues, the government must make moves to cease the export of non-stun meat. Allowing this practice is out of keeping with legislation designed to limit it to meet domestic demand only.”

Both the RSPCA and the BVA are also demanding clearer labelling, as consumers are currently unaware how the meat they are buying was produced.

A Defra spokesman said that, while it would prefer that all animals were stunned before slaughter, “we accept the rights of people who are Jewish or Muslim to eat meat prepared in accordance with their religious beliefs”.

“We do, however, expect industry to provide consumers with the information they need to make informed choices. This is an issue the government is considering closely in the context of the UK’s exit from the EU.”

Defra also clarified that, while there is no obligation to stun all animals if they are being religiously slaughtered, there is also no legal requirement for that meat to then only be eaten by people who are Jewish or Muslim, or in the UK.