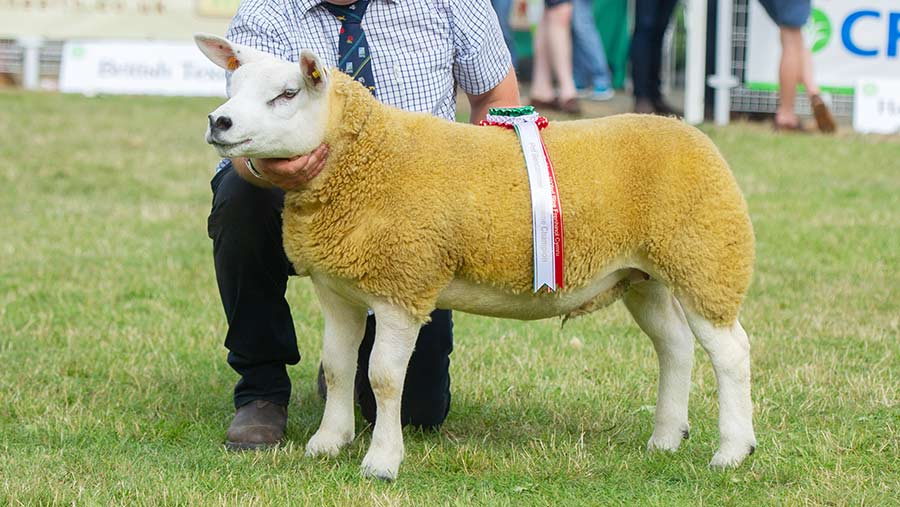 The silverware in the sheep ring went to the home-bred ewe lamb Procters Cinderella, shown by Jeff Aiken of Procters Farm in Lancashire.

She secured the Texel champion and reserve interbreed titles at this year’s Great Yorkshire Show, but this latest success marks the end of her 2019 showing season.

The Aiken family have exhibited at the Royal Welsh Show since 2011 and have won interbreed champion three times over the years. 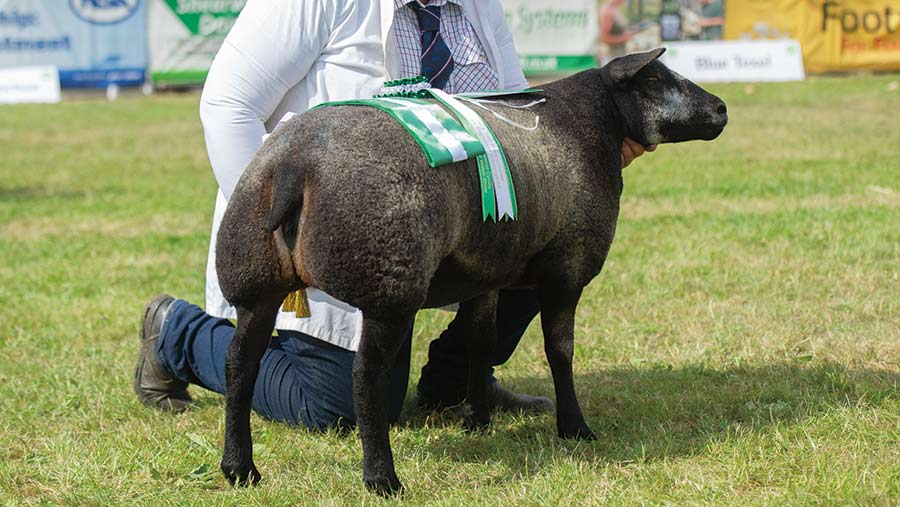 Winning reserve interbreed and notching up their second consecutive breed championship with the Blue Texels at the Royal Welsh was Christine and Paul Tippetts from Shifnal, Shropshire.

This year’s winner was the home-bred yearling ewe Hackney CanCan, sired by Joe’s Alvin, which was bought for a record 18,000gns in 2016 at Carlisle. Her dam, Hackney Yikes, won the Blue Texel breed championship at the show last year. But they went one better this year, taking their first reserve interbreed title at the show under the capable hands of their shepherds, Aled Groucott and Holly Jones.

CanCan has been unbeaten in her class all summer and will now be retired on a high.