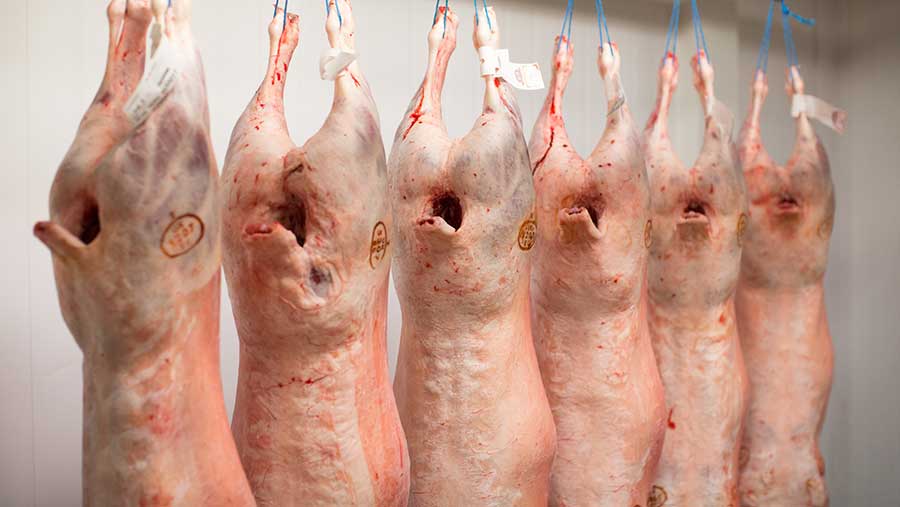 Sheep producers can look forward to a simpler system of ageing their lambs next year, saving time and money, after a decision by Defra to end the practice of “mouthing” sheep to see if they will need to have their spinal cords removed at slaughter.

Instead of checking to see if their permanent incisors have emerged to determine their age, sheep will be judged using a simple cut-off date of 30 June each year.

Any lambs marketed before that date will not have to have their carcases split and the spinal cord removed – an EU-wide requirement for sheep over a year old, introduced at the height of the BSE crisis in the 1990s.

The decision follows 10 years of lobbying by industry bodies, who have argued that the practice of checking age by dentition is inaccurate.

Indeed, a Food Standards Agency report in 2010 concluded that “ageing by dentition is an imprecise process as the first incisor can erupt at any point between nine and 15 months of age.”

That means some sheep have had to be split unnecessarily, which can devalue a carcass by as much as 40%.

The act of checking the teeth also adds cost by creating additional work at auction marts and slowing down slaughter lines.

Earlier this year, the EU Standing Committee on Plants, Animals, Food and Feed voted for a change in the rules – and Defra has indicated that this will now take effect from 30 June, 2019.

The change has been welcomed by the National Sheep Association (NSA) and the NFU, which both point out that the practice of mouthing has cost the sector some £24m a year in lost time and value.

NSA chief executive, Phil Stocker, described it as a “major step forward” that will provide certainty, allow finishers to plan their buying and feeding regimes, and minimise the numbers of lambs needing to be split.

“In theory there may be a risk of a final surge of lambs towards the end of June, but in practice the industry will have plenty of time to finish lambs and will be aware of the risks of leaving too many too late,” he said.

“In addition, many of the larger abattoirs will make the switch to new-season lamb well in advance of this end of June cut-off date.”