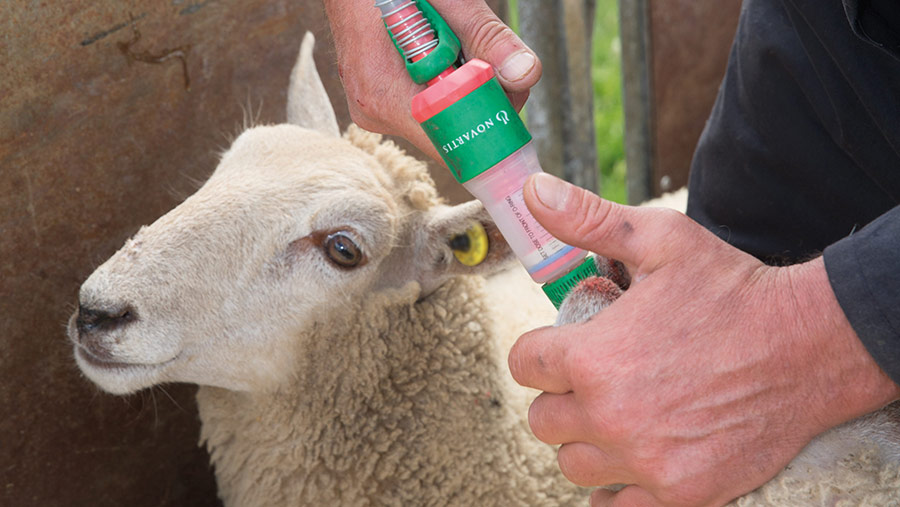 Sheep farmers are being urged to start using the newer group 4-AD and 5-SI wormers to help slow an alarming rise in wormer resistance.

In an open letter to the sheep industry, the National Sheep Association (NSA), the Sustainable Control of Parasites in Sheep group (Scops), Moredun Research Institute, and the Sheep Veterinary Society (SVS), are calling for the wormer groups to be integrated into worm management plans immediately.

Parasitic gastroenteritis remains the number one killer of sheep by far, accounting for more than a quarter of deaths, according to carcass submissions from the veterinary investigation diagnosis analysis (VIDA) between 2005 and 2019. Yet research has highlighted a worrying increase in anthelmintic resistance on UK farms (see box 1).

NSA chief executive Phil Stocker warns the problem means some farmers may have to face a future without sheep until they overcome the problem.

Scops advises that group 4 or 5 is used on all sheep farms at two points in a worm-control plan. Mr Harrison sets out the ways in which these could be incorporated into management plans:

Mr Harrison adds: “Anthelmintic resistance is becoming a very complex issue and it shouldn’t just be down to the farmers to work it out. We need industry collaboration from the top.”

He calls on vets, sheep consultants and health advisers to work together to deliver the right advice to ensure farmers are using the “right product at the right time”.

Resistance and why monitoring treatment efficacy is vital: 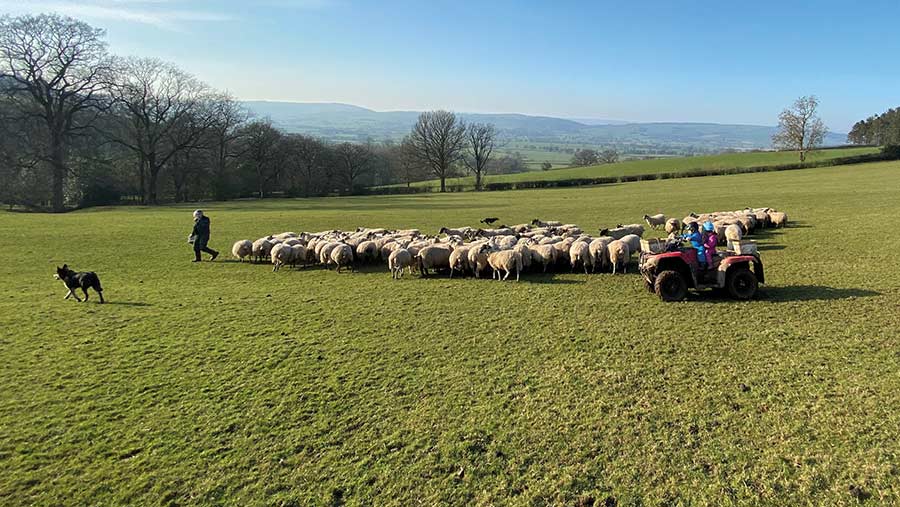 Introducing faecal egg counts (FECs) and evolving the worming protocols as part of a wider flock health plan has had a clear impact on lamb health and performance at Hollybush Farm.

In 2017, Nigel Lloyd started noticing his lambs were not thriving, even after worming. Upon consultation with his vet, at Marches Veterinary Group, he started carrying out FECs 10-14 days after worming and discovered wormer resistance was the issue.

Since then he has been proactively working with his vet, Emily Postlethwaite, to incorporate a sustainable worming regime into his annual flock health plan.

As resistant worms can have a significant impact on lambs, reducing growth rates and in some cases leading to permanent gut damage or worse, a newer “orange” group 4 wormer was recommended to clear out the resistant worms in the mid-late grazing season.

“We now routinely treat our late season lambs with group 4 to wipe out any worms that are resistant to the other groups of wormers we’d been using, protecting their use for longer.

“Using an orange drench plays an important role as it clears out any resistant worms at the end of the season and means I can keep on top of the worm burden without increasing the level of resistance on my farm.”

Mr Lloyd also brings in North Country Mules and has recently introduced Cheviot ewes and Charollais tups to the flock, so has a set quarantine procedure in place with orange drench also used on incoming stock.

“We worm the new stock and keep them indoors, off pasture, for 48 hours to prevent any resistant worms being brought on to the farm,” he says.

As part of the wider flock health plan, all lambs are routinely weighed every two weeks to monitor growth rates and to flag any ill health before it becomes problematic.

“We work closely with Ms Postlethwaite to review the FEC results, and if necessary, she recommends a suitable treatment. For instance, in the spring, we generally treat with a white drench for nematodirus, as per the Nadis parasite forecast.

“After that, we treat according to the FEC results and the risk levels, rotating through the different anthelmintic classes to avoid resistance build-up,” he adds.

“We’ve definitely seen a reduction in the amount of drench required to keep the worm burden down since implementing the new regime. Lamb growth rates have improved too, meaning they reach our target 42kg market weight faster, and with less scouring too,” explains Mr Lloyds.