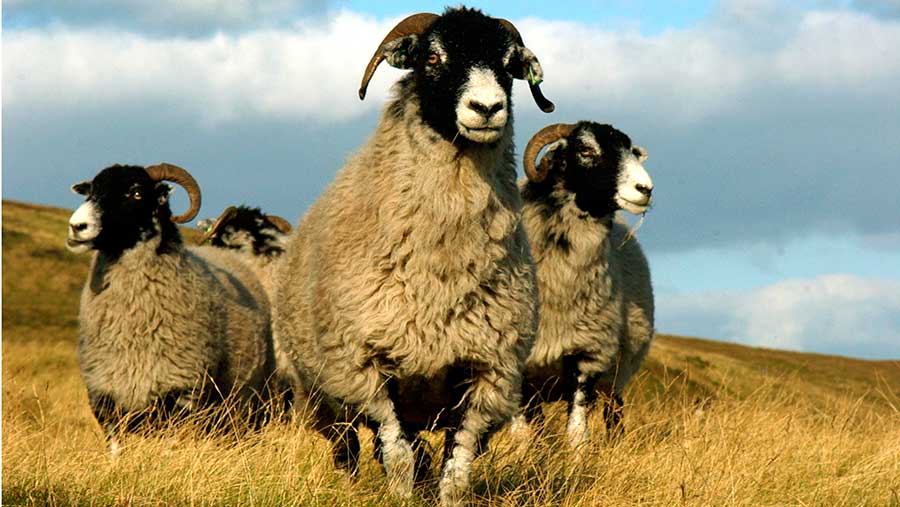 Citing the latest AHDB breeding sheep survey, he added stratified breeding – whereby hill and upland farms supply lowland enterprises with replacements – had declined from 71% in 2003 to 55% in 2012.

Self-replacing flocks and data usage were reasons he gave for changing commercial lowland demands, adding this trend may strengthen as subsidies diminish in the future.

However, he admitted upland sheep numbers had been cut for reasons beyond farmer control.

“Supply is a big part of the decline but there is pressure coming from the demand side too,” he told Farmers Weekly.

“There are fewer sheep in the uplands due to environmental stewardship and reforestation, for example, but more farmers in the lowlands want to be in control of their breeding and health status of their sheep.

“Some are more interested in decisions based on information and data, be it through health testing, estimated breeding values or EID, while some are using continentals to improve conformation.”

How it’s having an impact at grass-roots level

“We were all mules until recently and we are now going into Texel cross to target the fat lamb markets at Darlington and Barnard Castle and are looking at £8-£10 a head more on our lamb price as a result.

“We are keeping our own replacements and notching gimmers, pricing them at whatever the fat wethers make. We are keeping about 140 each year and are about half way to switching over from the mule.”

“There are about 80,000 Herdwicks and 20,000 are in the lowlands, so the breed is still having a significant impact,  although foot-and-mouth did impact on draft ewe sales as people found new ways to replace flock numbers.”

“The only recent change I’ve seen is more self-replacing lowland flocks coming into the industry, while breeds such as Innovis are an alternative.

“Over the course of three stewardship schemes, we have had numbers reduce by 40% on the hill.

“Away wintering diminishes the hardiness of hill breeds, and because stocking rates on the hill have been forced down, ewes carry more condition, produce more twins and, as a result, these sheep are not farmed on the hill.”

“At NEMSA sales demand is as high and prices are holding firm, although there’s maybe not the same demand for tupping hoggs.

“Any decline in the stratified farming system is not due to lack of popularity, it’s due to stewardship schemes and fewer sheep.

“There’s also a lot of replanting going on, with the Forestry Commission encouraging people to plant trees.

“Another issue is that more Swaledale are having twins, which limits sheep numbers on the hill as farms like to keep twins in in-bye land.”