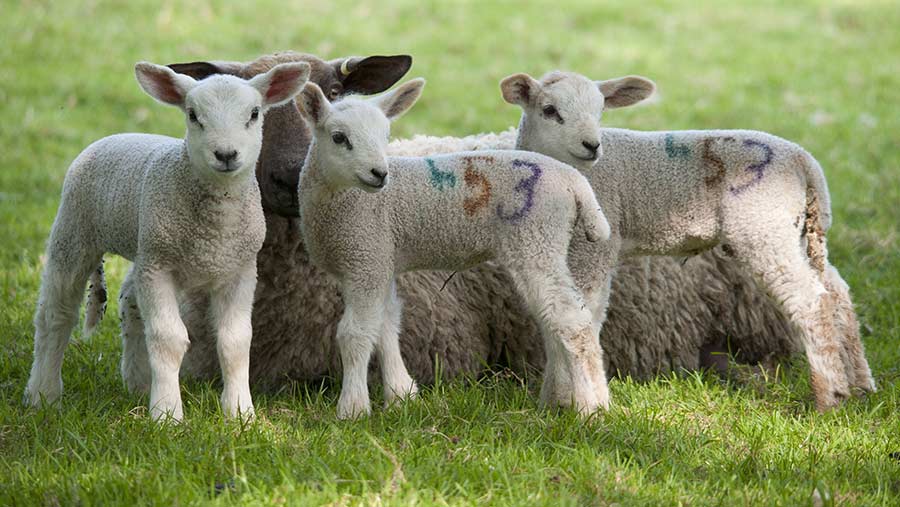 She advises that the sustainable control of parasites in sheep (Scops) nematodirus forecast should be followed closely, as this is based on weather station data reports and nematodirus eggs start hatching once temperatures reach 10C.

She advises farmers to watch the forecast and carry out risk assessments on their various groups of lambs. At highest risk are those grazing pastures that carried ewes and lambs last spring.

She recommends providing “safe pastures” – fields that did not carry lambs last spring – but acknowledges many farms struggle to manage this when grass is tight and sheep are spread thinly.

Benzimadazole (white drench) products are still effective on most farms if the decision is made to treat, adds Ms Stubbings, with faecal eggs counts (FECs) a useful technique to check drench efficacy eight to nine days after treatment.

However, she stresses that FECs cannot be used to decide whether to treat as they don’t detect immature nematodirus.

To see the latest nematodirus forecast can visit the Scops website.