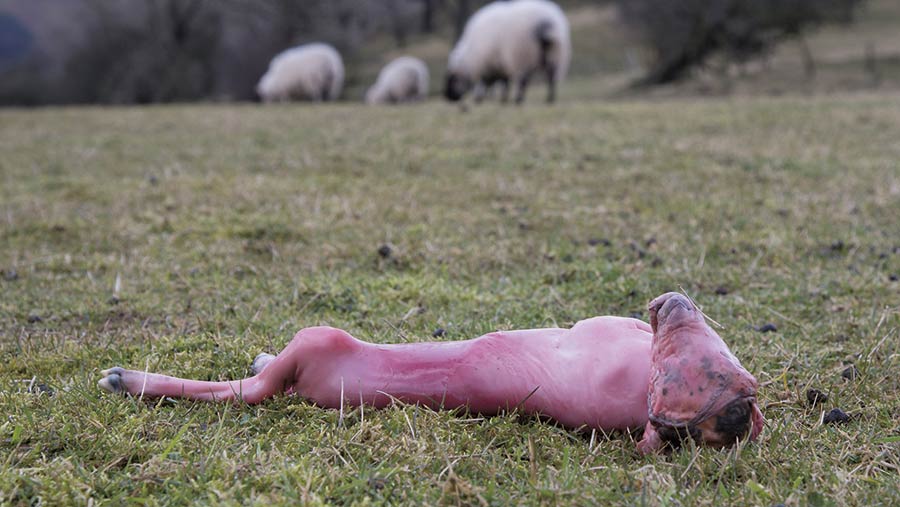 Vaccinating for enzootic and toxoplasma abortion could be decreasing the prevalence of Chlamydophila abortus and Toxoplasma gondii  bacteria on UK sheep farms, laboratory screening results suggest.

Scottish Agricultural College (SAC) diagnostic rates on aborted lambs and afterbirths due to toxoplasmosis have reduced from 30% in 1998 to 8% in 2017.

Meanwhile, enzootic abortion has fallen from 26% to 14% in the same time, according to George Caldow, head of SAC veterinary services.

The results are from testing samples from more than 500 flocks each year during the 20-year period.

See also: How a Somerset farmer has lowered abortion losses

“We have seen over the years that enzootic abortion control is much better and vaccination is the best explanation of this improvement,” Mr Caldow said. “We see a changing and improving picture around enzootic abortion and also toxoplasmosis control.”

He told Farmers Weekly that blood testing (serology) and the examination of foetuses and placenta were both available for farmers to test for abortion in their flocks.

He said testing placentas and foetuses was a “reliable and very strong” indicator of the cause of abortion, while blood testing was only evidence that showed sheep had been exposed to the agent at some point and that the flock was at risk, he added.

However, Mr Caldow said serology was a good option where placentas had either been eaten by crows, couldn’t be found, was non-existent due to barren ewes or when abortion bacteria resulted in weak lambs surviving a few days and abortion subsequently going undetected.

Latest 2017 results for other abortion agents show campylobacter responsible in 4% of samples and salmonella in 3%.

Recent data from MSD Animal Health showed evidence of exposure to Toxoplasma gondii in 79% of flocks and Chlamydophila abortus in 76% of flocks in 2016.

The data is from an MSD diagnostic package across 517 sheep units in 2016, with the service screening more than 300 so far this year. It showed a Toxoplasma gondii prevalence of 81%. Flocks sampling bloods through the scheme generally have had barren or abortion issues.

“Toxoplasmosis is so widespread that the industry focus should be on preventing infection in breeding ewes,” said Ms Small. “Industry advice is to vaccinate every ewe before it breeds.

“Enzootic abortion can cause devastating abortion storms affecting approximately 25% of ewes. If an unvaccinated ewe is infected she will more than likely abort in the next pregnancy.

“If either toxoplasmosis or EAE has been diagnosed in a flock, vaccination is the most effective way to help protect against these diseases for future years.”