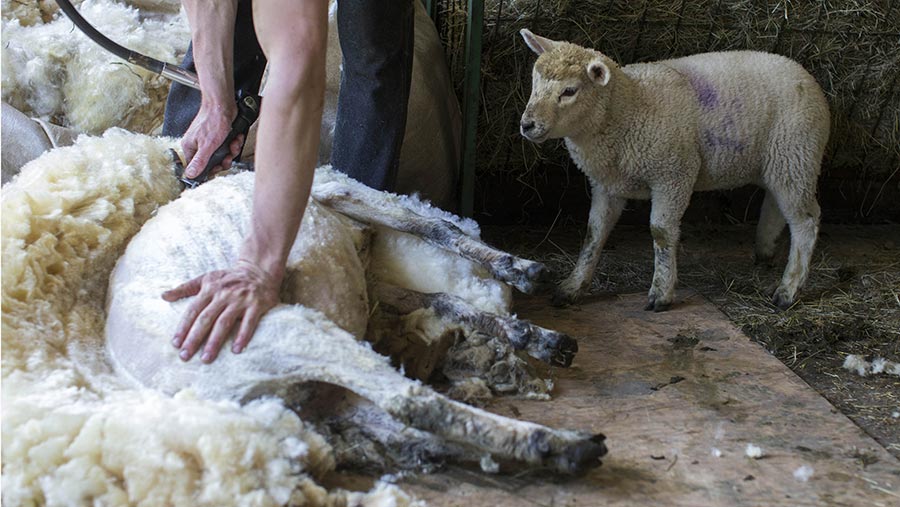 Sheep farmers are set to benefit from a 7% reduction in wool handling costs (including marketing), leaving the processor cut at 40p/kg, the British Wool Marketing Board (BWMB) has announced.

“Costs savings have followed a depot efficiency survey in which consultants were used,” he said. “There has been a streamlining of staff.”

However, he said average wool prices were forecast to come down 13p/kg on last year’s prices, following a 13% drop in values at the spring auction.

“We held back the price schedule to see what the third-party buyers are offering. It’s important to stress we do not buy wool off farmers, we sell the wool for them across 18 options over 12 months.

“We have a carryover of about 2% of last year’s clip and this is normal and minimal – we usually see a 1-2% carryover.”

Mr Buchanan said the third-party buyers in Ireland were less interested and at the start of June there was already 100t more wool predicted to come through the BWMB depots on the year.

Commenting on changing Chinese demand, he said fine merino wool was in demand, but wool for knit wear and carpets had fallen from 35% three years ago to 25%.

Mr Buchanan said a new executive team was looking at things “afresh” and revealed a new marketing effort to hit the ground in September.

A consumer-focused marketing initiative will target public events and communicate messages about the benefits of wool, such as wool carpets lasting a long time and being naturally inflammable.