A police investigation is under way after harrowing footage emerged of a sheep being ripped apart by three dogs.

Ms Robinson, from Liverpool, filmed the gruesome attack and released it on social media in the hope the dog owners can be identified. The video has attracted more than 29,000 views.

VIEWER DISCRETION ADVISED….SHEEP ATTACK. We are appealing to the public after today’s sheep attack on the Gt Orme, Llandudno. Distinctive 3 dogs with bright different colour bright harnesses. Owner on top walks away we think. Sheep has survived so far. Need your help…101 pic.twitter.com/JL8IebZCPf

She said on Twitter: “I was on my own, and not willing to step in on three dogs ripping apart a presumed dead sheep (by the state of it) for my own safety.

“I’m absolutely gutted I could have done more, not my responsibility to control someone else’s dogs.”

My video from today. So unfortunate to witness this but I couldn’t leave without some form of proof, I didn’t intervene as it was 3 dogs on a killing spree & feared my own safety. Ihope the owner is utterly ashamed of themselves and is found somehow! https://t.co/DelMiVyyZy

The sheep died from its injuries following the attack. 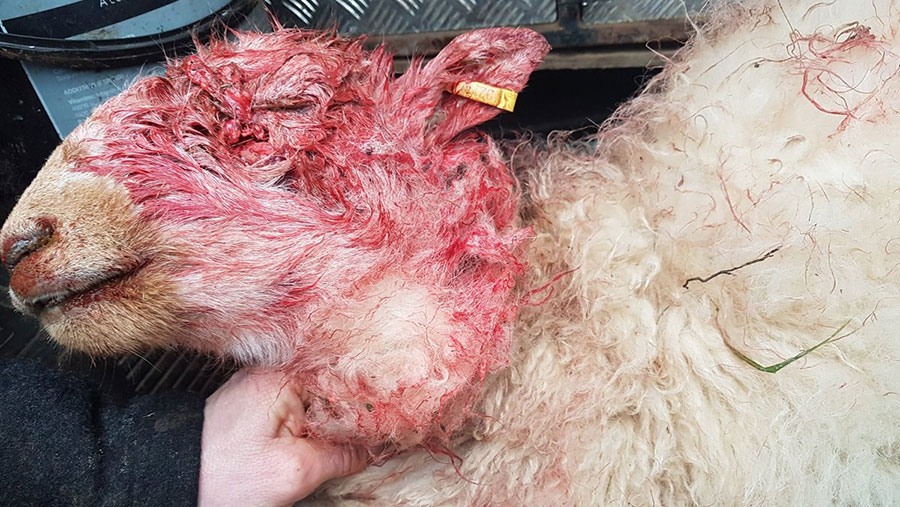 Sgt Rob Taylor, NWP rural crime team leader, said police would like to trace two people seen in the area at the time who appeared to be the owners.

He added: “These three dogs were brown/black tan ‘Staffie’ types with very distinctive bright harnesses – a yellow, red and green.

“This happened on the Orme at about 12pm (4 January). If this person is from, either locally in North Wales, or away, with the power of Twitter and social media, we should be able to apprehend this person and make sure justice is brought.

“Sadly, the sheep has died. This is just one of many, many attacks we have. But we have got a real chance of catching this person. Make that call. Do the right thing.”

Do you know who was walking their 3 staffy bull terriers on the Gt Orme, Llandudno at lunchtime today? All 3 had similar colourful harnesses as below (generic internet photo).

May be local or from away. We need that call.

We have so far had over 20,000 views of the livestock attack footage yet we still have not had the call we need to identify the owner of the distinctive dogs and colouful harnesses.
Maybe the owner will do the right thing today and call?? pic.twitter.com/nVeOFAtH7Z