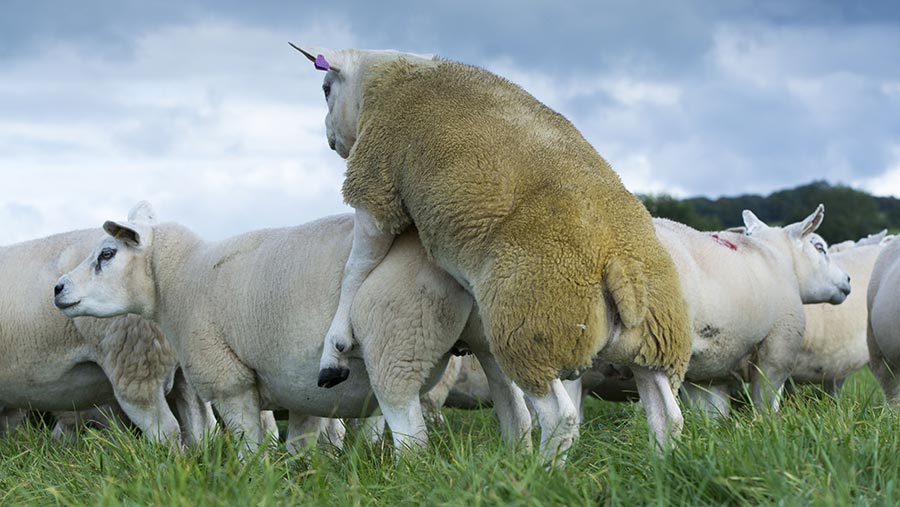 A raft of changes and seven new EBVs (estimates breeding values) are set to improve the accuracy and relevance of the UK’s sheep terminal sire genetic evaluations.

Breeders will also benefit from monthly multi-breed analyses, which will allow flocks to evaluate crossbreeding, made possible by a more sophisticated computer programme.

Samuel Boon, Signet manager, said the new analysis means there is a need for new indexes, meaning breeds will be given a terminal and maternal index.

Explaining the context of the new EBVs, Mr Boon said that lambing ease was only available for Texels in the past,  and that litter-size reared was new but similar to litter-size born.

Mr Boon said that the biggest change was that all carcass traits are now weight-adjusted, rather than being age-adjusted, meaning EBVs will give a better prediction of muscle and fat at a commercial slaughter weight.

“As lambs are selected for slaughter based on a combination of weight and finish, rather than age, this will give a more commercial focus to carcass EBVs,” said Mr Boon.

“Weight-adjusted EBVs will reward those animals that have high levels of muscling relative to their weight.”

All EBVs and indexes will be rebased to 2010, meaning figures will be referenced against the average animal in 2010, which will have an index of 100 or an EBV of 0.

This brings the figures forward from the previous base year of 1990, meaning an animal with a Scan Weight EBV of +9kg  compared with an average animal in 1990 may now show as +4kg  relative to the 2010 base population.

Mr Boon said: “Rebasing is an inevitable part of genetic evaluations and is crucial to keep the figures tangible.

“The changes to the analysis also mean that unknown animals/flocks should get a fairer starting point within the new analysis. This will hopefully encourage new flocks to performance record.”

300 mostly pedigree Charollais sheep and some Charollais crossbreds for ET-work, using artificial insemination across all pedigree ewes, with 80-90% conception rates.

Analysing spinal traits is really important, particularly for the Charollais breed which is often reputed for having an extra chop, says Jonathan Barber.

“People that eat meat prefer the loin and the muscle along the spine,” says Mr Barber. “That is far more valuable than anything else.

“Not all of our lambs have an extra chop and we only CT scan the top 5% of the lambs that we ultrasound so we don’t know what proportion do, but if we can find it in the best animals it means we can send the flock in the right direction.

“The Signet system needed updating so the changes are ideal really. Performance recording is not just about growing animals faster, although that remains important to Signet and also commercial and pedigree sheep farmers.

“It’s increasingly about improving eating quality and measuring and improving carcass quality in a host of areas.”

“Multi-breed analysis is great for us as we started outcrossing and backcrossing to high-index Texel, Charolais, New Zealand Suffolk and Sufftex sheep back in 2012 with the help of a grant through the Technology Strategy Board,” says Mr Fell.

“What the new evaluation can do is far more accurate and provides meaningful EBVs for the new genetics we’ve brought in.

VWe were stabbing in the dark a little bit before, but now we can push on. We have sheep that are 75% Meatlinc that can now be fully analysed and accurately compared.

“The weight-adjusted element should also benefit us, because this will reveal that the Meatlinc is the superior breed for EMA (Eye Muscle Area) and it is doing it in a grass-based system.

“Measuring EMA at ages when sheep are 60-70kg is not commercially relevant, but the system now indicates breeding potential for EMA at more commercial weights around 40-42kg.”