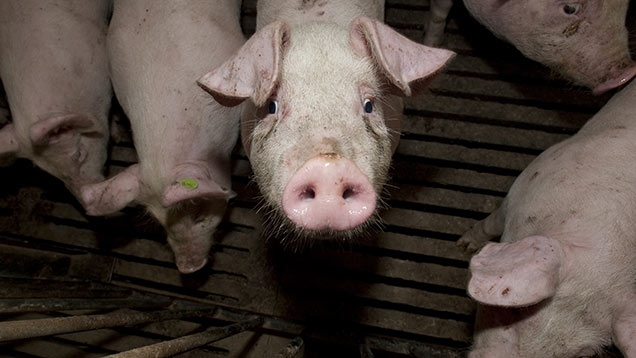 PCVAD is a complex group of pig diseases – formerly known as post-weaning multi-systemic wasting syndrome – which cause diarrhoea, wasting, respiratory disease and death.

All of these have infection with porcine circovirus (PCV) 2 as common underlying factor and the disease complex is estimated to cost UK pig farmers tens of millions of pounds a year.

It was assumed the development of PCVAD needs PCV2 and a secondary infection for symptoms to occur.

However, for the first time, researchers at RVC have shown environmental stress from higher temperatures, crowding, or both, can induce symptoms attributed to PCVAD without any secondary infection.

PCV2-infected pigs kept in temperatures above the comfort temperatures, or kept in pens smaller than current minimum guidelines, were more likely to show reduced weight gain and had higher viral loads than those kept in cooler temperatures or larger pens, the study showed.

It is hoped the findings will lead to better ways to manage pigs to reduce the incidence of the disease.

Professor Dirk Werling, from RVC, who led the project said: “These findings clearly show that sub-optimal management will have further impact on economic losses. We are confident that our findings have a really big impact for the pig industry, given the fact PCV2 is so common.”