At a time when milk price volatility has forced many out of business, it might seem strange to move into the sector. But for the Courtier family it has provided the perfect avenue for farm succession and growth.

Run by the same family for four generations, Gooseford Farm, in Okehampton, situated on the edge of picturesque Dartmoor, had been predominately a mixed farm consisting of beef, sheep, pigs and arable enterprises, ever since Julian Courtier’s grandfather purchased the initial 81ha in 1957.

However, with two sons – Chris, 23, and George, 20 – both wanting to take on the farm, Julian and his wife, Mary, faced huge challenges to maintain a profitable business that provided enough work for both sons in the future. 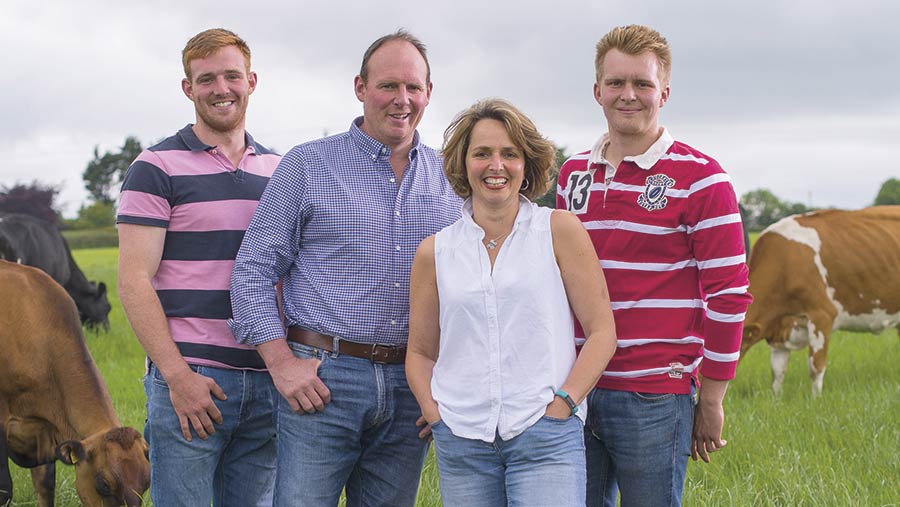 After discussing their options with their farm consultant, they decided to take the plunge and switch to dairying in 2012.

“With beef prices continually declining and arable margins non-existent, we had to look at ways to change the farm and grow the business to make it more viable for the boys to come home and work,” says Julian.

“We worked closely with Steve Ellam of EllamWalker consultancy, who advised us that, when the time was right, we should seriously look at dairy. We had been thinking about going into dairy for a number of years, and when Chris started getting more involved with the farm we knew it was time to go for it.”

The Courtiers set out their plans in three main steps. “First, we needed planning permission for the new building,” explains Julian. “Second, we had to get the bank to support us; finally, we needed a milk contract – there could be no business without all three of those.”

However, this did not come without difficulties. “It proved to be a bit of a chicken-and-egg situation, trying to get one in place without the others,” says Julian.

“For us, with land running through Dartmoor National Park, the biggest issue was planning permission. As we wanted to achieve a good grazing system, we wanted to locate the parlour as centrally as we could, which meant going to a completely new greenfield site.”

When permission was eventually granted, strict conditions were imposed. “To prevent the dairy being an eyesore in the National Park, the building had to be four metres below ground level,” explains Chris.

But the 18-month delay in planning permission actually worked in the family’s favour. “It allowed Chris to go to New Zealand and gain dairy experience and meant we weren’t milking during the dairy crisis – which would have massively affected the business,” says Julian.

Chris spent 10 months in New Zealand, bringing the Kiwis’ philosophy back to the home farm and putting their grazing techniques into practice by implementing a paddock grazing system.

Excavation of the dairy site also had its advantages, with the stone used for cow tracks.

“For us, it’s about adapting the New Zealand system to an English environment and keeping costs as low as possible,” explains Chris.

Meanwhile, Julian spent a lot of time visiting other dairy units to ensure they were building the best infrastructure and installing the best technology. “In the end, we decided a 50-point DeLaval rotary parlour was the best for quick, easy milking, which meant we would be able to ensure a work-life balance – for us, simple is best.” 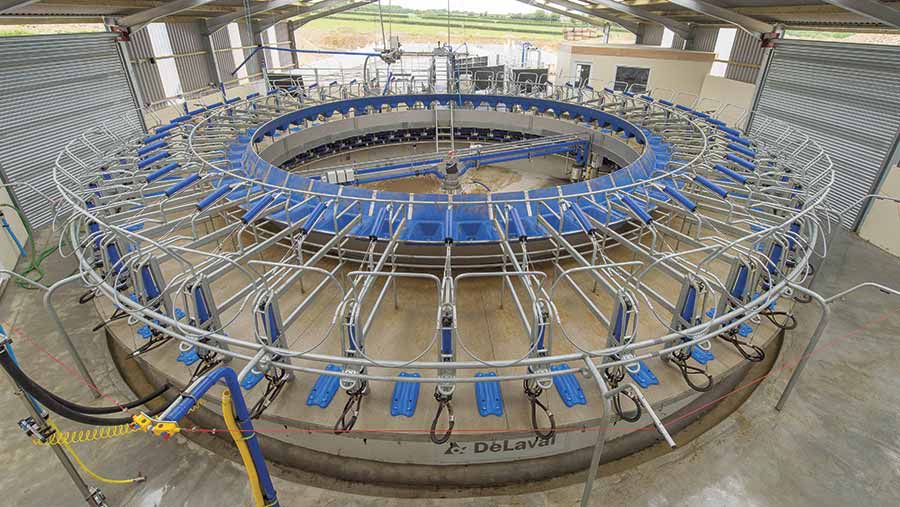 In total, the farm spent £500,000 on the parlour and infrastructure and a further £150,000 on the stock, with Holsteins, Jerseys and Guernseys sourced from dispersal sales and markets.

“We bought most of our stock through Kivells auctioneers last summer, buying in groups of in-calf cows and heifers as well as bulling heifers – paying on average £900 a head,” explains Julian.

To finance this, the family had to present a number of costings to the bank to show the investment would pay back.

“We prepared a sliding scale of how the farm would look if the milk price was 20p/litre, right the way through to 30p/litre,” explains Julian.

“We worked out our break-even milk price was 22p/litre, though the business could survive if the price dropped to 20p/litre and we hope to reduce our break-even price to this in the future,” he adds.

The farm still has more building work and investment ahead over the next two years, and payback is estimated to take about 20 years – although this could be lowered to 10, depending on the milk market.

After talks with three milk buyers, the Courtiers signed a Crediton Dairies contract and are currently receiving a base price of 28.5p/litre. “The contract emphasises butterfat, with a premium paid on anything above 4%,” says Julian, who adds that the herd is currently averaging 4.3% butterfat and 3.5% protein.” 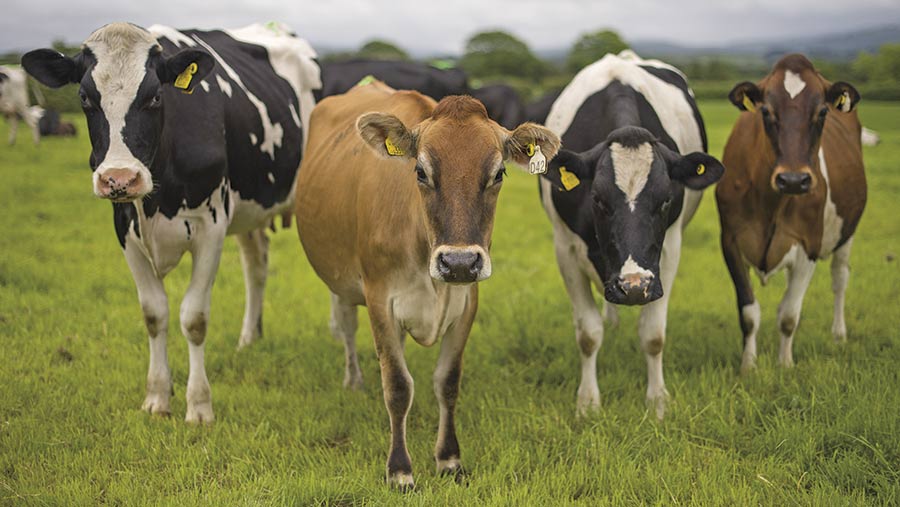 A mix of Holsteins, Jerseys and Guernseys were purchased © Jim Wileman

The first milking at Gooseford dairy farm took place in April and the farm is now running a 300-cow cross-bred herd.

“We are cross-breeding our cows to optimise the best genetics,” says Chris. “We want to create a medium-sized, milky cow that’s good for grazing so we are using Swedish Red and Fleckvieh sires.”

Cows are milked twice a day and block-calve in the spring and autumn to ensure a level milk profile. “We hope to expand to a 400-cow unit in the future,” Chris adds.

Chris has now been made a partner in the business and manages the livestock and breeding programme. Meanwhile, George focuses on the tractor work – including 60ha of cereals, 25ha of maize and 8ha of fodder beet – and the same partnership opportunity will be available to him in a few years.

In the next 10 years the Courtiers are aiming for a yield of 10,000 litres a day (25 litres a cow) and hope eventually to expand the herd to 400 cows and breed all their own replacements.

“Lots of people thought we were crazy – but so far, so good,” says Julian. “Going into dairy has refocused us as a business and we are aiming to be in the top 25%.