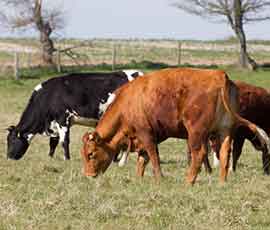 Fluke levels have increased tenfold in the last quarter of 2012 compared with the same period in 2011, according to recent figures.

“These conditions favour the fluke’s survival in the environment. However, increasing reports of drug resistance and increased animal movements and changes to farming management practices may also play a role,” he says.

Fluke infection costs the UK agriculture industry about £300m a year due to production losses, with liver condemnations alone costing £3.2m in 2010.

While the increase in fluke infection rates was specifically attributed to the exceptionally wet summer experienced across most of the UK last year, Charlotte Maltin, science and innovation manager at Quality Meat Scotland says there are growing concerns about drug resistance and unanswered questions about what happens to fluke cysts and eggs in silage, slurry or hay.

Get more advice on Liver Fluke