High worm egg counts are being reported across the country, according to the latest results from farms involved in the Zoetis Parasite Watch scheme. 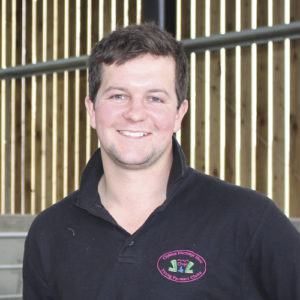 Tom Carlisle, Coxons Farm, Skipton, had his eyes opened to the scale of his farm’s parasite problem after monitoring worm eggs counts.

Results gathered on 8 May revealed his farm had a challenge with nematodirus and stomach worms.

Results showed a nematodirus count of 1,610 eggs/g and a faecal worm egg count of 420 eggs/g.

When analysing results, 250 eggs/g is a suggested cut-off for most worms, above this it is high enough to be causing production losses.

“The challenge was a lot earlier than we would have expected. It has opened my eyes to the fact it can strike earlier than you think.”

Normally, Mr Carlisle would dose lambs in the middle of May, but the high egg counts meant he dosed earlier.

“We had a couple of lambs that were quite mucky, which indicates the worms were there. By taking faecal egg tests it has allowed us to get on top of it before it became a real problem.”

He has since treated lambs with a white wormer to tackle the stomach worms and nematodirus and is waiting on a post-treatment check to confirm the worms have been removed.

“We have followed our vet’s advice on what to treat with. Later in the season, when nematodirus is less of a challenge, we will probably treat with a different type of wormer if results show it is needed,” he says.

Mr Carlisle says by taking faecal egg counts (FEC) he is not spending money unnecessarily on treatments that are not required.

“Having the information is allowing us to make the best possible decisions and aid growth, welfare and the nutrition of the lambs.” 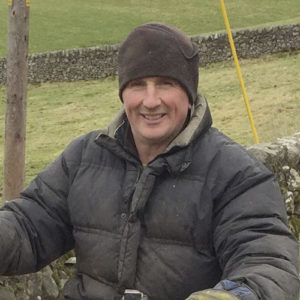 Roy Weir, Dressertland Farm, Thornhill, Dumfries, had a challenge with nematodirus at the end of April with a count of 535 eggs/g.

Nematodirus has been an issue in the past, but he says this year he didn’t see any signs of it before the samples were taken.

“We normally take samples anyway and base our worming on FEC. It was picked up in the lambs born at the end of March. Lambs have now been treated with a white wormer,” he adds

This is despite lambs being treated with a white wormer prior to the sample being taken.

Mr Neilson says: “This could indicate we have a resistance problem, or it could be that I accidentally took a ewe faecal sample instead of from lambs. We will be doing some resistance testing as the lambs get older,” he says.

Ewes were also treated with a white wormer back in January and although it did reduce the worms, Mr Neilson says it didn’t fully get rid of them.

“There was only half a reduction, which indicates there could be some resistance.”

However, despite having a bit of challenge in April, the most recent test results from May show a low count.

In fact, lambs are doing so well that he pulled out his first finished lambs from a batch of singles at 12 weeks old. “They came in at 26kg deadweight just off grass alone.”

Mr Neilson had a challenge with nematodirus in his lambs early on as well as an early dose of coccidiosis at the beginning of March.

Ewes at Creed Farm have also had a small challenge with flies, with maggots detected on the fleece, but not entering the skin. They have been treated with a pour on.

Steve Thompson, Trewern Farm, Cardiff, had high worms egg counts in the middle of April, but lambs were treated at turnout and are still clear now.

Ewes with lambs are on a long-acting treatment and lambs have been treated with an orange wormer.

“Lambs have been out for four to six weeks and they are still clear,” he says.

Zoetis account manager Ifor Jones, says the nematodirus hatch is happening now but urges farmers to find out whether the challenge is from nematodirus alone or whether other stomach worms are involved before treating. 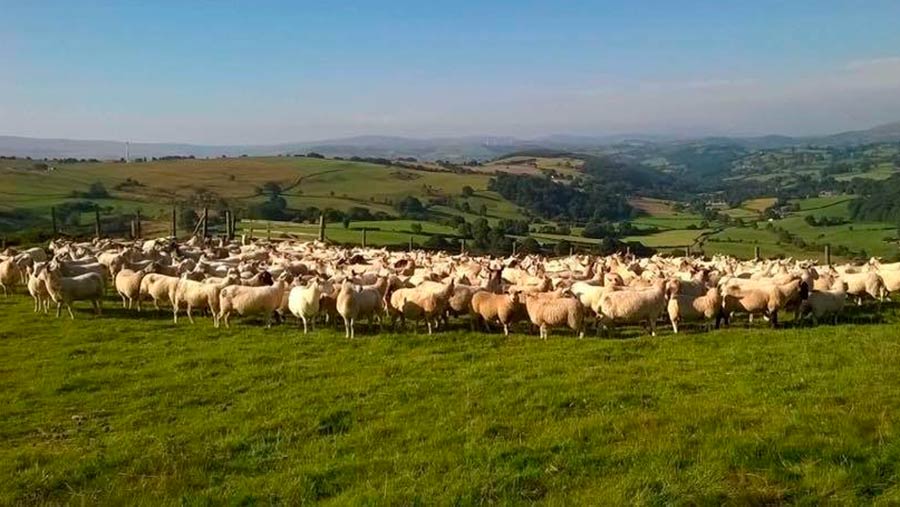 Nematodirus has been a specific challenge at Dan Y Deri

“If you’ve got a mixed infestation, then you need to be confident the drug you are using will treat against both nematodirus and stomach worms.”

“The most dangerous situation is when a wormer is only 60-90% effective as you won’t see any visual resistance issues in your lambs, but you won’t be maximising their growth potential. You will also be allowing resistance to build up on your farm.”

“You need to find out what drugs are working on your farm and what are not in order to protect the farm for future generations,” he says.

Vet Dave Armstrong from Zoetis says this spring has seen a mixed challenge by worms, with a high challenge being reported on some farms and low on others.

Nematodirus seems to have been less of an issue on farms in the South, which could be due to a number of reasons.

“It could be that farms lambed earlier down south so missed the peak of the challenge, or whether a microclimate element is playing a part. The mixed burden of worms has shocked a few people and altered treatment strategies,” he says.

Sheep farmers can now see first-hand the cost of using the wrong wormer on their farm thanks to a free online tool.

The Sheep Drench Cost Calculator from Zoetis will help farmers, in conjunction with their advisers, decide which wormers to use on their farm. The app demonstrates the potential loss in growth rate, labour and medicine costs, when the wrong product is used.

Resistance to sheep wormers is on the increase in the UK and every farm can have naturally occurring resistant worm populations.

The calculator uses the latest UK resistance data or bespoke farm data so farmers can create specific drench plans with costs and return on investment information.

Ally Anderson, Zoetis Veterinary Consultant, says the app aims to show farmers that it is worth the investment in the right wormer, even if initially the treatment may cost more.

“Ideally farmers should be working with their adviser and doing faecal egg count reduction tests to see what the level of resistance is on their farm. This data can then be added into the app, instead of the UK average data, to give a more accurate picture,” she said.

The app can be downloaded for free from Apple’s App Store or Google Play Store. You can also speak to your Zoetis account manager about the app.

The aim of Parasite Watch is to show what is happening across the UK using an interactive parasite map. Parasite data from each of the farms will be updated regularly, which will allow farmers to see if there are spikes in certain parasites throughout the year in their area and enable them to take appropriate action.

To use the map, click on a farm in your area to show details of detected parasites found and when they found. Results will be online within hours of the test being taken.