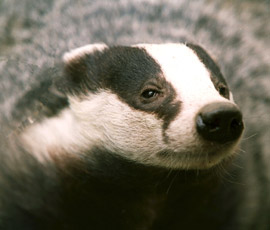 An influential Tory think tank is calling on the government to follow Wales and abandon plans for a pilot badger cull in England.

The Bow Group, a centre-right think tank, unveiled a major paper on Monday (26 March) urging the government to reconsider plans to resume badger culling in England this autumn.

The group said culling badgers in an effort to control the spread of bovine tuberculosis in cattle was likely to be more costly and less practical to conduct than DEFRA believes.

The group stated that culling had been proven to make bovine TB worse and instead, DEFRA should be focusing on vaccination.

The statement, released on the Bow Group’s website, follows an announcement last week by the Welsh Assembly Government that it was scrapping plans to cull in favour of vaccination.

The Bow Group said there was “no doubt” that bovine TB needed to be tackled as in 2010-11, the disease cost the taxpayer £91m (approximately 3% of gross output of GB cattle enterprise). In 2010, 25,000 cattle were slaughtered as a result.

But the group has questioned whether culling badgers was worthwhile.

The paper includes contributions from some of Britain’s leading TB scientists and a foreword by former Queen guitarist and animal rights campaigner, Brian May.

The paper finds the following:

• The proposed culls are likely to be more expensive than the government would hope, when additional policing, the resulting spread in bovine TB and the delay to other, more effective methods of reducing the disease are taken into account.

• Culling is deeply unpopular – the Bow Group’s own market research confirms that 81% of people are opposed to the plans.

• Recent, large badger culling trials have demonstrated projected efficiency in reducing bovine TB in cattle of just 12-16% (depending on the model) over nine years, meaning at least 84% of the problem will remain.

• Badger culling has been demonstrated to lead to perturbation – a social fracturing among badgers that leads to an increase in bovine TB outside the affected area.

• Just 15% of badgers carry bovine TB and the Bow Group believes that poor biosecurity plays a much greater role in bovine TB spread. Serious recent biosecurity lapses, whereby landowners have been re-tagging and transporting infected cattle, are of deep concern.

• Culling can have a serious impact on local ecosystems – wildlife groups are concerned about local extinction and a knock-on effect on other species.

• Following an assessment of projected costs, the paper identifies some key pieces of research into wild badger vaccination, which it believes is a more effective, less risky long-term solution for reducing the spread of bovine TB and leaves a smaller ecological footprint (fully-developed cattle vaccination being some years off).

• Trials have shown vaccination to reduce the incidence of positive serological TB test results by almost 74%.

• A vaccination programme combined with improvements in biosecurity would be the most efficient way to minimise bovine TB spread and cost to the taxpayer.

Lord Krebs, the architect of the original Randomised Badger Culling Trials (RBCT) commissioned by the last government, told the Bow Group: “DEFRA has said it wishes its policy for controlling TB in cattle to be science-led.

“There is a substantial body of scientific evidence that indicates that culling badgers will not be an effective or cost-effective policy.

“The best informed independent scientific experts agree that culling on a large, long-term, scale will yield modest benefits and that it is likely to make things worse before they get better. It will also make things worse for farmers bordering on the cull areas.

Richard Mabey, research secretary of the Bow Group, said: “The government’s policy is bad for farmers, bad for wildlife and bad for the taxpayer.

“Market research, commissioned by the Bow Group, shows that the issue will be costly for the Conservatives in political terms, not least in the marginal seats in which the culling trials are to be held.

A DEFRA spokesman said: “Bovine TB is a chronic and devastating disease. It forced the slaughter of 25,000 cattle in 2010 alone, and is taking a terrible toll on our farmers and rural communities.

“Nobody wants to cull badgers. But no country in the world where wildlife carries TB has eradicated the disease in cattle without tackling it in wildlife too. We are investing in the development of usable vaccines but sadly these are still years away, and we have to take action now.

“Unless TB is effectively dealt with it will cost taxpayers around £1 billion over the next 10 years.”