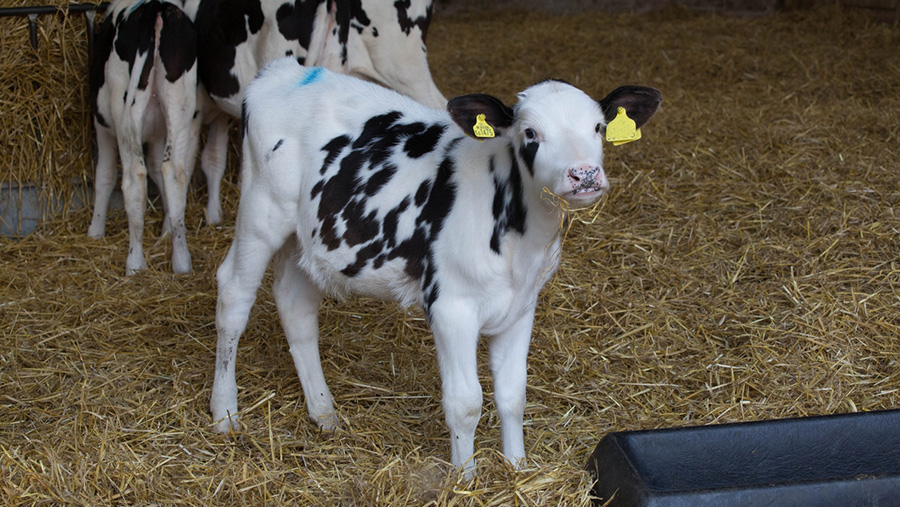 Many European cows are falling short of giving 3 litres of colostrum at their first milking, suggest the findings of a pan-national study.

Data from more than 1,900 Holstein-Friesian cows and almost 1,200 calves on farms in Germany, the Netherlands and the UK has shown many cows are not meeting industry benchmarks for colostrum yield and quality.

Top-performing farms had calves with superior growth rates of almost 300g/day to 28 days of age.

ForFarmers ruminant product manager Nick Berni told Farmers Weekly it was likely shortcomings in colostrum provision were “multifactorial” but were hugely affected by feeding the cow close to calving.

“Some farms had no real transition cow nutrition programme in place,” he explained.

“This had an effect on the level of immunity in the calf.

“Colostrum quality and yield is closely linked to the transition cow’s diet and the correct nutritional programme three to four weeks prior to parturition boosts the number of antibodies in the calf’s blood and increases the immunity of the calf.”

He added that a significant number of farms did not have an anionic salt dietary cation-anion balance system and that this could be restricting calf growth potential on some units.

He added that the Dutch “masters in calf rearing” appeared to still have scope for improvement.

“If this is the case for the Dutch then UK farms also have room for improvement,” he added.

“This study is more relevant and aligned to the UK system than US studies as forage, climate and processing are more similar.

“The industry has made progress on disseminating information on transition cow management and dry cow feeding, as well as youngstock rearing with discussions about metabolic programming in the past couple of years.

“What we have here are results that clearly show this and illustrate it.”