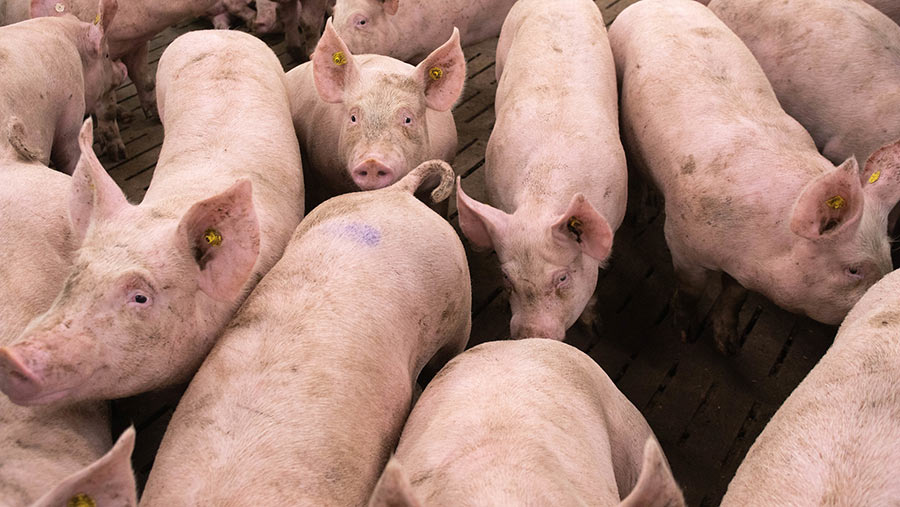 Thousands of pigs have been slaughtered on farms in England as part of a welfare cull due to a chronic staff shortage, the National Pig Association (NPA) has confirmed.

Rob Mutimer, chairman of the NPA and a pig farmer based in East Anglia, told the NFU Council meeting on Tuesday (12 October) that vets across the country have been reporting “extreme welfare problems” on pig farms for the last three weeks.

“I’m really sad to say that, as of this week, we are now seeing considerable numbers of pigs, not in the hundreds, but in the thousands, being slaughtered on farms and being taken away for rendering,” he said.

Medium-sized pig producers are reporting significant build-ups of pigs on farms. A backlog of between 120,000 and 150,000 pigs on these farms should have been removed for slaughter, the NPA estimates.

Mr Mutimer said the NPA had been warning the UK government about the likelihood of a mass welfare cull of pigs on farms on a bi-weekly, or weekly basis, for the past four months. But it had refused to acknowledge their concerns.

Mr Mutimer accused Defra secretary George Eustice of “glossing over” an extreme lack of labour in the meat processing plants and a loss of pork exports to China.

The NPA’s “ask” of government mirrors that of the NFU, he said. “We need skilled, highly paid staff back in our slaughterhouses.”

But visa rules that require foreign butchers to speak English has meant slaughterhouses have not been able to bring good numbers into the country.

The NPA estimates that the industry has lost about 25% of the Eastern European workforce it had in the slaughterhouses since July. Despite payment rates of up to £23/hour for skilled butchers, the industry is struggling to attract enough abattoir workers.

Staff shortages on pig farms, including stock workers being attracted by higher paid jobs, was also contributing to the problems.

“The government needs to get rid of this language barrier for butchers and Covid recovery visas to the pig sector. If not, we will see far more pigs slaughtered on farms,” Mr Mutimer warned.

A government spokesman said: “We understand the challenges that the pig industry has faced in recent months because of the Covid-19 pandemic, labour shortages, accessing carbon dioxide supplies, and reduction in exports to the Chinese market.

“We are keeping the market situation under close review and working closely with the sector during this time.”

Meanwhile, one pig farmer spoke of her upset at the NFU meeting after receiving a “heavy-handed” letter from Red Tractor in September. The letter warned that, despite the pig crisis, if overstocking is detected by auditors during farm visits, non-conformance with the Red Tractor Pigs Scheme will still be raised.