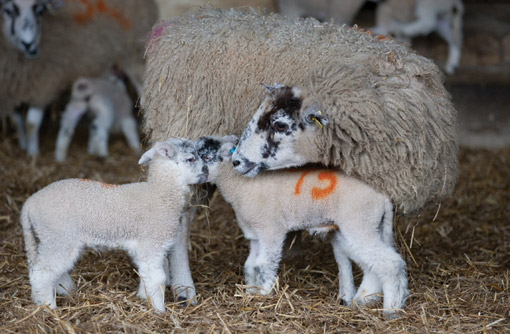 Farmers are being warned to be extra-vigilant for signs of ewe mastitis at times of extreme weather.

Up to 5% of ewes are affected by mastitis each year, with cases generally developing in the first week after lambing and at peak lactation, which can rapidly progress to death.

Extreme cold weather and a limited supply of feed during peak lactation could put pressure on ewe condition and milk yield.

This, combined with contamination of the udder by mud and aggravation by cold winds, could increase the risk of acute mastitis, explains EBLEX senior livestock scientist Liz Genever.

“Another important risk factor is teat lesions caused by hungry lambs, which is a particular problem when the ewe’s milk yield is dropping as their demand is increasing,” she says.

Dr Genever suggests introducing certain lambs on to creep feed to help meet their rising demand and to reduce the risk, but this will depend on the farm’s individual system and when lambs are being marketed.

Effective treatment for mastitis depends on a rapid response to save the life of the ewe, although it is unlikely to save udder function.