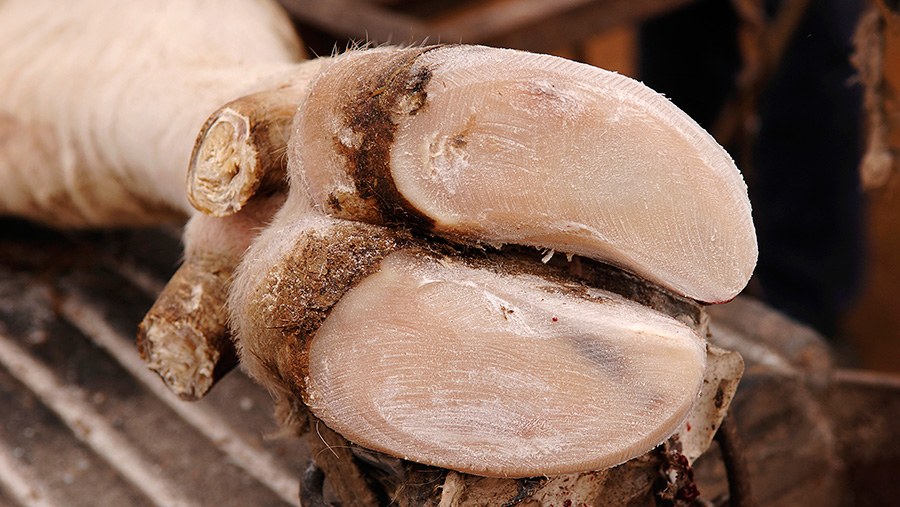 The stress of calving exacerbates DD and if DD is found in youngstock it must be controlled, AHDB Dairy’s Jenny Gibbons told a recent HDB dairy-calf-to-calving meeting in Dorset.

See also: How to control digital dermatitis if formalin is banned

She said high intakes and body condition were essential in prevention post-calving, in line with new advice and research on the fat pad, a digital cushion linked to body condition.

Referencing US research, she said DD in heifers cost 334kg of milk in the first lactation and reduced chance of conception by 55% to first service.

She stated Nottingham University had shown lost back fat post-calving increased the likelihood of sole ulcers and sole haemorrhages.

Explaining the digital cushion, Dr Gibbons said: “At calving, ligaments in the foot relax so there is potential for the pedal bone to sink and cause pinching or bruising which can later develop into sole ulcers or bruising.

“At the same time, when a heifer calves, she is only 90% of mature bodyweight so the fat pad is not fully formed anyway, so there is increased risk.

“To limit the risk of lameness, focus should be placed on minimising body condition loss and social stress around calving.

“Where a separate heifer group is not being used, this could involve moving heifers in groups of twos or threes at the end of the day when things are quieter.

“This will give her time to find a place to eat and lie.”

Several calf-to-calving farm visits are being hosted across the country as part of an AHDB initiative.