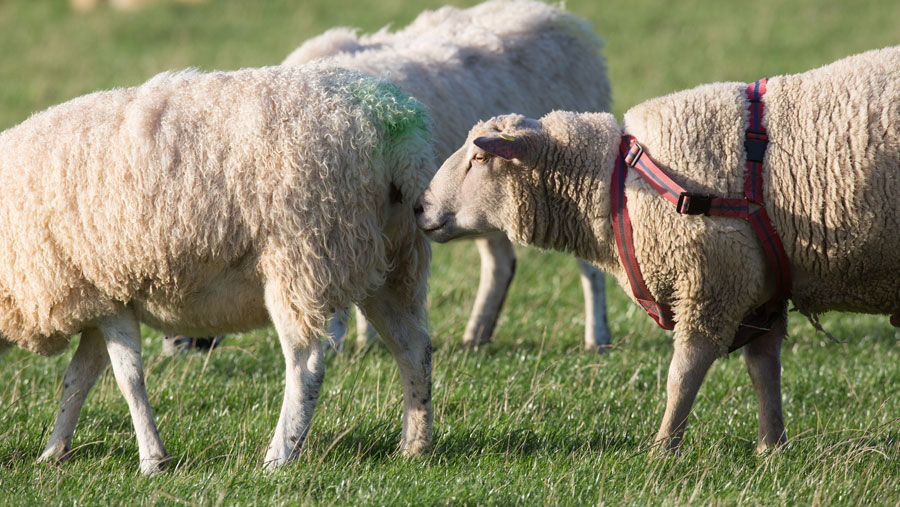 Nominations are open for rams with estimated breeding values (EBVs) in the top 20% of their breed for RamCompare, the UK’s commercial progeny test for terminal sires.

The call comes as funding is confirmed for the third phase of the project, due to begin later this year.

RamCompare is funded by AHDB, Meat Promotion Wales (HCC) and Quality Meat Scotland (QMS), with support from AgriSearch in Northern Ireland and the involvement of partners across the food chain.

See also: Advice on buying a ram: What to look for

The project has shown how selecting superior rams can help commercial farmers to cut costs and be more efficient, according to AHDB. It also gives breeders information to improve their breeding policies and increase rates of genetic gain.

“The initial five-year project has been hugely successful in highlighting the financial and physical impact that high-genetic-merit rams have on lamb performance,” says Signet’s breeding manager, Samuel Boon.

“The next phase provides some fantastic opportunities for farmers to get more directly involved.”

The latest RamCompare results will be released on 20 May.

Each year, nominated rams are selected from a range of terminal sire breeds and used on commercial farms across the UK. Their progeny is monitored from birth through to slaughter, and data fed back to Signet for breeding evaluation.

So far, more than 280 rams from 11 different breeds have been progeny-tested, with data collected from more than 26,000 lambs. The third phase will involve testing more rams and move towards routine inclusion of abattoir data in genetic evaluations.

To be eligible, rams should have EBVs in the top 20% of their breed. Natural service sires should be shearlings or older and have a known, high-health status. Nominations of fit and fertile older stock rams are also welcome.

Nominations for RamCompare are open for the 2021 mating season until 14 May. For full criteria and online nominations, go to www.signetdata.com.

Commercial sheep producers with an interest in data collection can also get involved with RamCompare at a farm level. At least three new farms are sought to join the project this autumn.

To be considered, producers must:

• Have at least 350 uniformly bred ewes to be mated to rams nominated by the project
• Allocate ewes to single-sire mating groups and finish lambs in an identical manner
• Be experienced in using electronic identification (EID)
• Supply an abattoir that reports kill data for individual lambs.

The health status of the flock is also important.

Each farm will receive a payment for the data supplied, provision of a team of recorded rams for natural mating and funding to cover artificial insemination (AI) of part of the flock.

This year funding is also available to support data analysis on farmers wishing to “bolt on” to RamCompare.

Rather than buying performance-recorded terminal sire rams selected by the project, farmers choosing the bolt-on option use or buy their own. Data from lambing to slaughter is collected in the same way as for the main project, and payment is made for the data collected. Support for AI can be given if needed.

This arrangement may suit farmers who already have a team of performance-recorded rams with high genetic merit, or who wish to work with a group of ram breeders to test rams on their behalf.

Funding will be subject to submission of a short breeding plan explaining which rams will be assessed and what data will be collected.

Application deadline for new farms to join the project is 16 April. For more information and an application form, go to www.signetdata.com or email bridget.lloyd@ahdb.org.uk